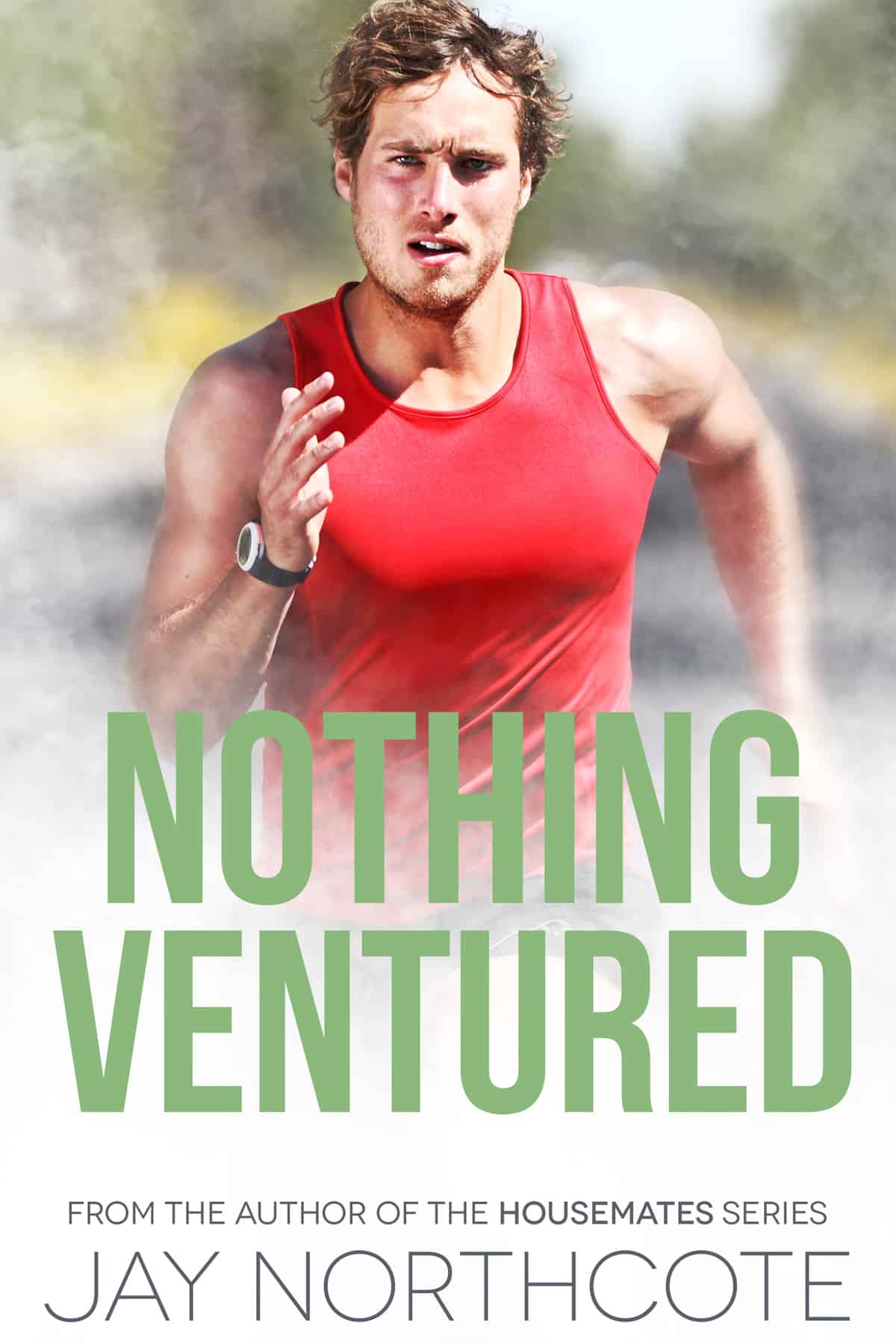 Mud, sweat, and reluctant romance. Can Aiden and Matt sort out their feelings before race day?

When Aiden agrees to run the Mad Mucker—a twelve-mile muddy slog over an obstacle course—he’s expecting it to be a bit of a laugh. The training will be tough, but Aiden could use the motivation to regain some fitness.

Matt is the sexy cousin of one of Aiden’s coworkers and a last-minute addition to the team. When he agrees to train with Aiden, Aiden suddenly finds the prospect of regular workouts a lot more appealing.

They moved on to discuss training more specifically. Liv, of course, had already planned out her schedule and suggested the rest of them do the same.

“It helps me focus if I make a plan and stick to it,” she was saying. “I’ll be running four days a week and going to the gym for weight training twice. That gives me one day of complete rest a week.”

“One whole day!” Aiden shook his head as he picked up his now nearly empty pint. “Careful, your muscles might atrophy or something.”

He drained the last dregs and wiped the foam from his lip with the back of his hand. He caught Matt watching him as he did it, and he licked his lips deliberately. He couldn’t resist flirting with the man even though his interest was completely unreciprocated. The bloke looked as though he had a stick up his arse, and Aiden couldn’t imagine he’d like anything more interesting up there. Shame. Aiden wouldn’t have minded trying.

Liv’s voice snapped him out of daydreams about Matt’s arse and back to the here and now. “So how many times a week will you be aiming to run, Aiden?”

“Oh… um, yeah. Three or four, I guess,” he said vaguely. “That sounds about right. And I’ve got some weights at home, so I can use those if I don’t make it to the gym.” They were at the back of a cupboard, gathering dust.

“Matt lives near you. Maybe you could train together?” Liv had a wicked glint in her eye. “It’s always motivating training with someone else. It’s so easy to wimp out on a rainy day if you’re not answering to anyone, isn’t it?”

“I suppose,” Aiden replied warily. “But I don’t think it’s necessary. I wouldn’t want to slow Matt down.”

He expected Matt to agree. Why the hell would Matt want to train with him? Aiden hadn’t exactly made a great first impression. There was no way he’d want Aiden tagging along behind him and cramping his style.

But surprisingly, Matt grinned at him. The evil, slightly too knowing look in his eye was familiar, and for the first time Aiden could see the family resemblance between him and Liv. “I think that’s a great idea.”

Aiden opened his mouth, but for once he was at a loss for words. He closed it again and swallowed.

“Brilliant,” said Liv. “Make sure you swap numbers, then, so you can arrange something.”

Matt got out his phone. “We can start tomorrow after work. What’s your number?”

Aiden knew when he was beaten. It seemed he’d acquired a training partner. An annoying, bossy, sexy but tragically straight training partner. But at least the view of Matt’s arse would be nice while Aiden was trying to keep up with him.

For other Amazons please replace the .com with your region.