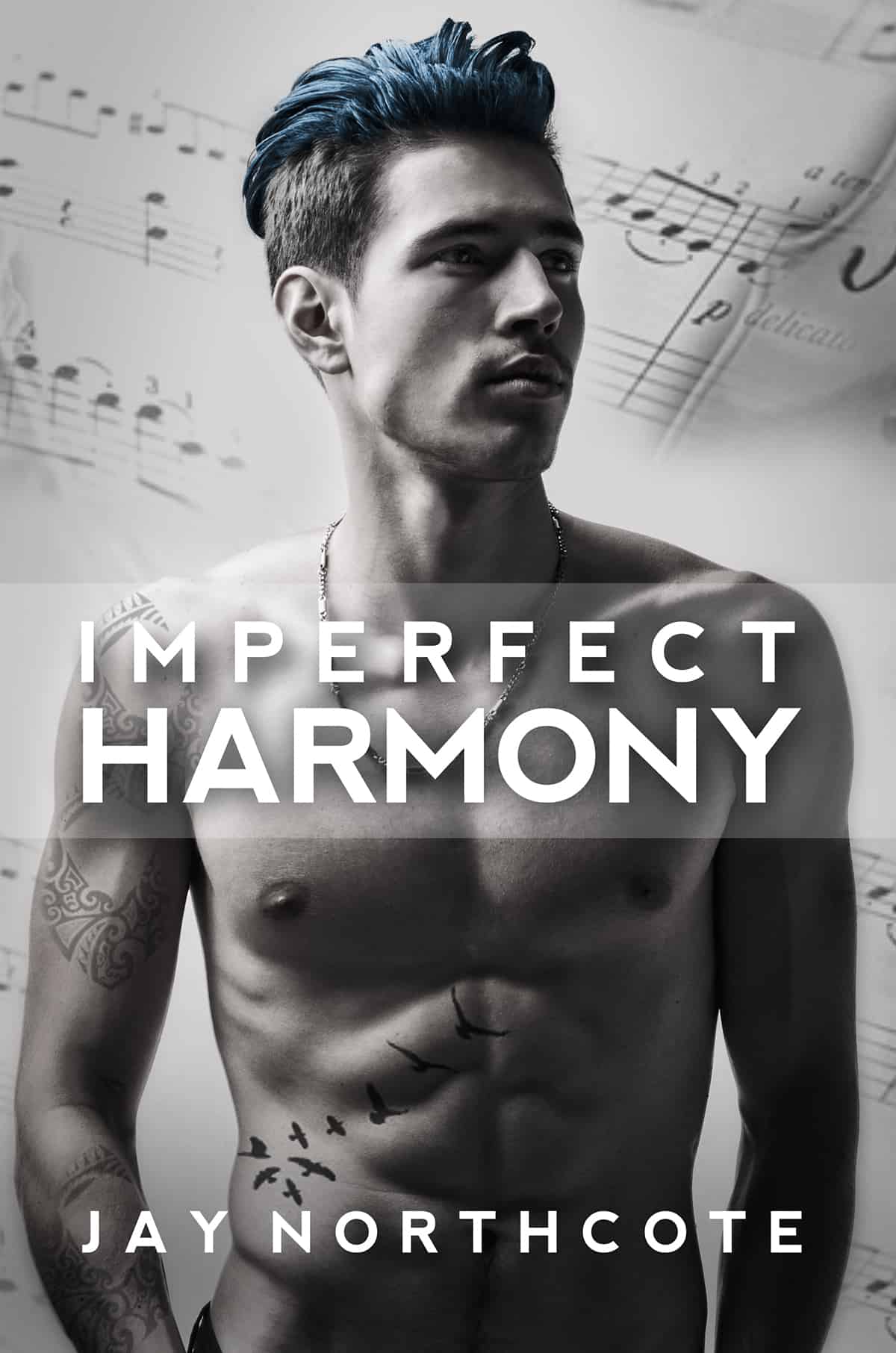 Imperfect harmony can still be beautiful…

John Fletcher, a former musician, is stuck in limbo after losing his long-term partner two years ago. He’s shut himself off from everything that reminds him of what he’s lost. When his neighbour persuades him to join the local community choir, John rediscovers his love of music and finds a reason to start living again.

Rhys Callington, the talented and charismatic choir leader, captures John’s attention from the first moment they meet. He appears to be the polar opposite of John: young, vibrant, and full of life. But Rhys has darkness in his own past that is holding him back from following his dreams.

Despite the nineteen-year age gap, the two men grow close and a fragile relationship blossoms. Ghosts of the past and insecurities about the future threaten their newfound happiness. If they’re going to harmonise in life and love as they do in their music, they’ll need to start following the same score.

Luckily there were still some parking spaces outside the church hall where Maggie’s choir met. John made sure they arrived a little early so Maggie wouldn’t have to walk too far. She was managing well on one crutch, but she still tired easily. After he parked, he got out and hurried around to help her out of the passenger door.
“Thanks, love,” she said, patting him on the arm. “I can manage now.”
A vicious gust of wind whipped a strand of hair into her face. It was dark, still sleeting, and probably slippery underfoot. There was no way John was going to leave until she was safely indoors. “I’ll just see you inside. Let me take your bag.”
Maggie let him have it without argument, and he popped it over his arm. He hovered close to Maggie as she made her way slowly to the double doors. He held one open for her and was hit by a blast of warm air. Then he accompanied her inside as she crutched along the corridor towards an open door. Yellow light flooded out, and the sound of a tenor voice singing “I Can See Clearly Now” raised the hairs on the back of John’s neck with its pure, clear beauty.
“I thought you said the emphasis was on fun rather than perfection?” he said quietly. “He’s got quite a voice.”
“That’ll be Rhys, our choir leader,” Maggie said with a smile. “Come and meet him, even if you’re not staying.”
Maggie paused when she reached the doorway and put a finger to her lips. They listened and waited for Rhys to finish singing. John peered over Maggie’s shoulder, hoping for a glimpse of the man the voice belonged to. Rhys, John presumed, was alone in the room. With his back to the door, he stood at a table pushed to the edge of the room, shuffling through some papers as he sang. All John could see of him was that he was small and slight, and quite young, based on the cut of his clothes. A hood covered his hair.
When he finished, Maggie started clapping.
Rhys wheeled around. “Oh my God! You made me jump.” He pushed his hood down and his face lit up as he beamed. “Maggie. How are you?”
John’s eyes widened as he took in Rhys’s front view as he approached Maggie and gave her a careful hug. His hair, which was shaved at the back and sides, was long on top and dyed peacock blue. His eyebrow was pierced, his arms were covered with tattoos, and the front of his T-shirt was emblazoned with a glittery equals sign in rainbow colours. All in all, he was at least twenty years younger than John had expected and completely unlike how John would have imagined a choir leader to look. In this dingy church hall in their small market town, Rhys looked like a bird of paradise that had accidentally ended up in a cage full of sparrows.