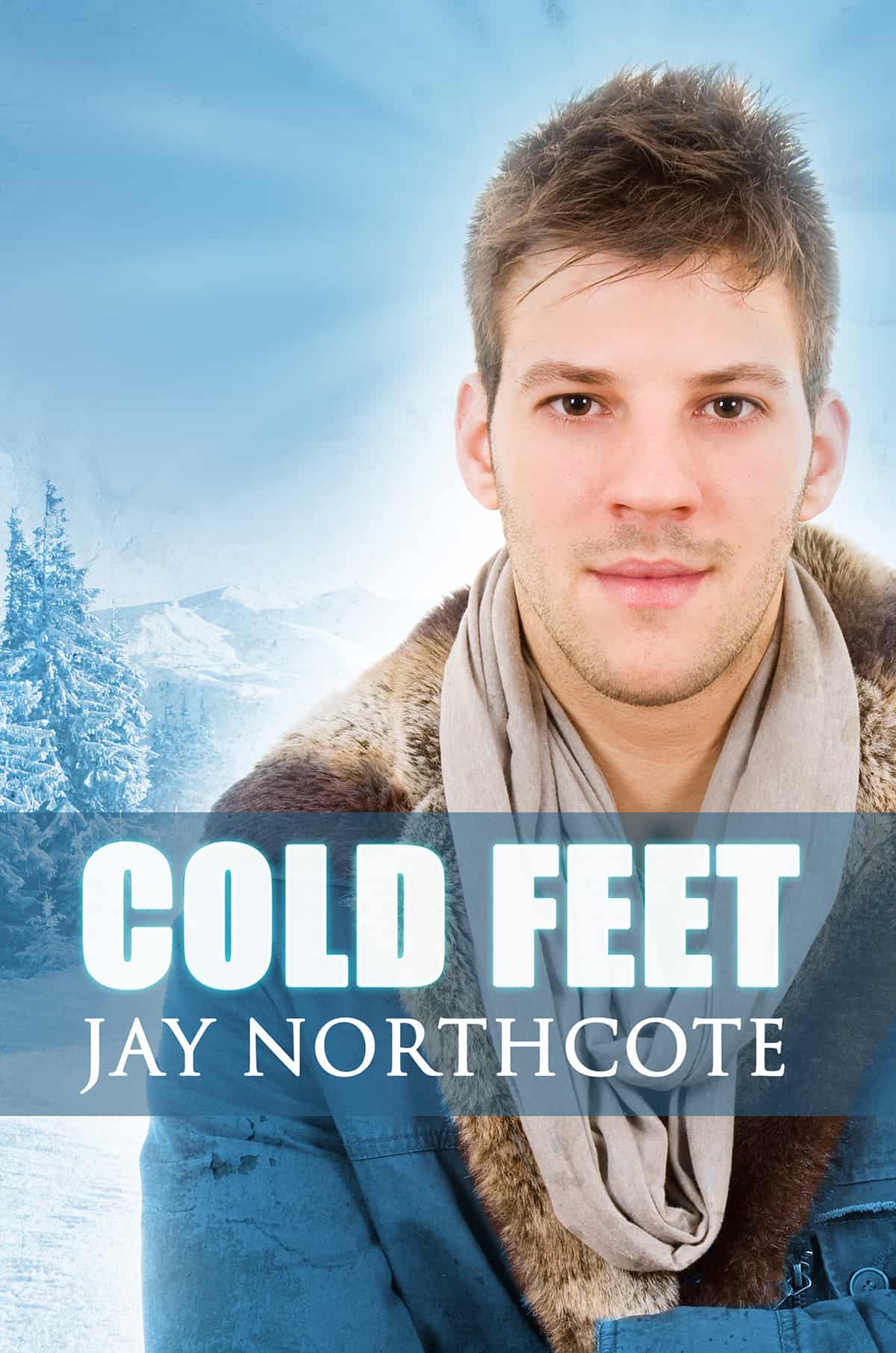 Best friends snowed in together. When the heat rises, will they get cold feet?

Getting snowed in at a remote cottage in Wales with someone he’d fancied for ages isn’t exactly how Sam expected to spend Christmas. His feelings for Ryan are pointless. Ryan’s straight—or so he thought.

Until now, Ryan’s kept his feelings for Sam buried. Why ruin a friendship over what might only be gay experimentation? Playing it cool seems safer, until a cold snap makes sharing body heat vital. In their Welsh safe haven, anything seems possible.

As Ryan’s reserve melts away, Sam wants more than stolen kisses under the mistletoe. But a sudden thaw means making decisions. They could face the New Year together—unless one of them gets cold feet.

He’d been aiming for the tree behind Ryan, not at Ryan himself, he insisted. But whatever its intended target, Sam’s snowball hit Ryan perfectly on the back of his neck, exploding on impact and sending powdery snow down the gap between beanie and jacket.

After that, mayhem ensued. Snowballs flying as they ran and ducked, laughing and trash-talking each other. They were in a small copse with a few trees and bushes for cover, but as soon as one of them ventured out in search of a new patch of snow to make missiles with, the other would take the opportunity to release a fresh barrage of snowballs.

Finally, frustrated by Sam’s surprisingly good aim, Ryan reverted to his rugby skills and tackled Sam, knocking him full length into the snow with an “Oomph!” Of course, Ryan went down too. But by then he was too wet and cold to care.

They were on a slope, and the impact caused them to roll together, over and over until Ryan wondered if they were going to turn into a giant snowball like characters in a cartoon. But they finally came to rest, panting and laughing as the slope levelled out.

Sam ended up pinned beneath Ryan, laughing out loud. He’d lost his hat at some point in their tumble, and his hair was in his eyes. Snow crystals had caught in it, glinting in the sunlight. His smile was wide and infectious, and Ryan laughed too, dazzled for a moment. Then Sam’s gaze drifted over Ryan’s shoulder and focused on something above them.

“Is that mistletoe?” he asked.

Ryan pushed himself up and offered a hand to Sam to help him back onto his feet. Then he tilted his head back to squint at the spherical tangle of leaves in the bare branches of the tree above them. “I think so.”

Ryan met Sam’s eyes again, then realised he was still holding his hand. They each had gloves on, and Ryan wished they didn’t. He wanted to feel Sam’s skin. They stared at each other for a moment, and Sam licked his lips. They were pink, a little chapped from the cold, and Ryan’s gaze locked onto them. His heart surged, and panicky heat flooded him.