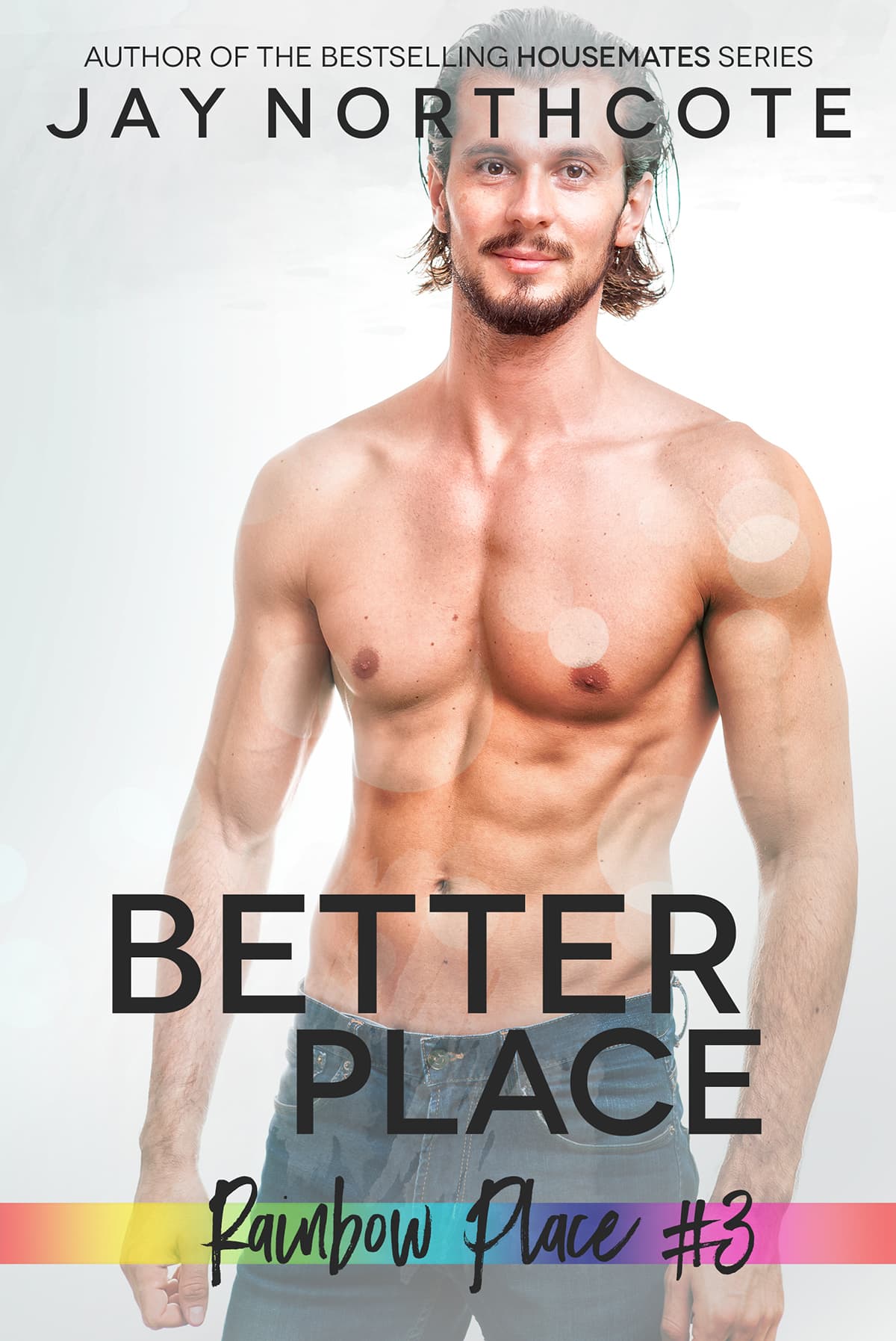 After a recent redundancy, Joe takes a few months off to try and make it as a writer. His partner, Harry, is less than supportive but Joe is used to that after ten years together, just like he’s used to Harry’s controlling nature and his drinking habit.

Dylan, a server at Rainbow Place, is fascinated by Joe as he sits in the café and works on his laptop. His attempts to flirt are met with awkwardness at first, but gradually Joe opens up. Dylan is disappointed when he learns Joe isn’t single. As their friendship develops he begins to worry about the nature of Joe’s relationship, especially when he witnesses Harry’s behaviourin person. Abuse isn’t always physical, and Dylan knows that from experience. His concern helps Joe see his relationship for what it is, and gives him the courage to end things with Harry.

Free to act on their mutual attraction, Joe and Dylan dive headlong into something that becomes serious fast. Joe revels in the passion and intimacy he’s been missing out on for so long, but Dylan is worried that Joe is on the rebound. He puts on the brakes, knowing that they need to slow down to make this last. For this new relationship to work, Joe needs to show Dylan that he’s ready to move on from the past.

Although this book is part of a series, it can be read as a standalone and has a satisfying, happy ending.