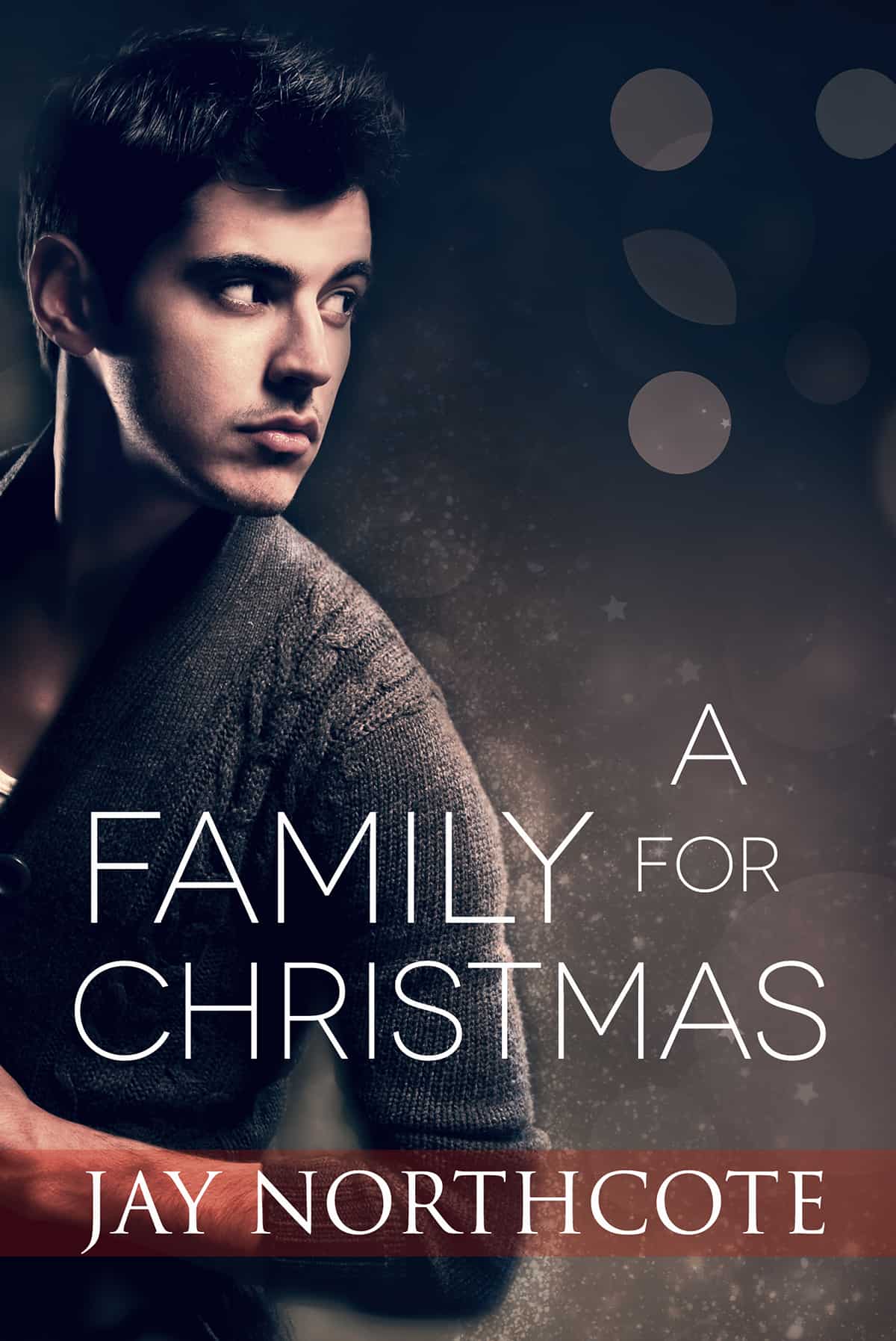 A Family for Christmas

Zac never had a family of his own, but Rudy has enough to share.

Shy, inexperienced Rudy has a crush on Zac from the moment his new colleague walks through the door. On an office night out before Christmas, Rudy finds the courage to make a move, and they form a tentative bond. When he discovers Zac will be alone at Christmas, he invites Zac to come home with him.

Zac prefers to keep people at arm’s length. Yet when Rudy offers him a family Christmas it’s impossible to resist. With no parents of his own, Zac is pleasantly surprised to be welcomed by Rudy’s. The only drawback is that everyone assumes they’re a couple. Unwilling to disappoint Rudy’s mum and make Christmas awkward, they decide not to deny it.

It’s not a chore for Zac to pose as Rudy’s boyfriend, but the pretence makes him want things that scare him—things like a real relationship with Rudy. Zac’s suffered enough rejection in his life already and is afraid to risk his heart. If he can get over his past rejection and let Rudy inside his armour, he might get more for Christmas than he ever imagined.

The toast had popped, and when Rudy went to get the butter out of the fridge, he automatically straightened the photo of his family in its magnetic frame, a shot of them from last Christmas at the dinner table, all wearing paper hats and raising their glasses at the camera. He froze, staring at their smiling faces, as another memory from last night came back to him.
Oh my God. Had he really invited Zac home for Christmas, or was that a dream? Nope, Rudy was pretty sure it was real now the details were coming back to him. But the weirdest part was that Zac had said yes. Maybe he just said yes to shut Rudy up and was hoping he wouldn’t remember.
“You all right there?”
Zac’s voice made him jump guiltily. “Yeah, sorry. Miles away. I’m in a bit of a daze this morning.” He got the butter out and put it on the kitchen table. On autopilot, he gathered plates, knives, spreads and the coffee. Zac was still standing awkwardly in the doorway. “Have a seat.”
As they poured, spread, ate, and drank, the silence between them grew until Rudy wanted to hack through it with the butter knife. He had no idea where to begin, but they needed to leave for work in half an hour and he couldn’t leave things like this. Rudy had to know what was going on.
Was Zac seriously planning on coming home with him for Christmas? Rudy didn’t regret issuing the invitation, other than how hopelessly needy and overeager it made him look. He liked Zac—okay, he fancied him too, but that wasn’t the point—and he didn’t like the idea of Zac spending Christmas alone. Nobody should spend Christmas alone unless they really wanted to, and Rudy had got the feeling that Zac didn’t. Zac’s excuses about being antisocial hadn’t rung true after how he’d opened up last night, and his defensiveness had come off as protesting too much.
Rudy began tentatively. “So… um. About this Christmas plan….”
“Look, it’s okay. You were drunk. I’m sure you didn’t really mean to invite me home with you for Christmas. Don’t worry about it.”
“No! That’s not what I meant.” Rudy drew in a breath to give him the courage to be honest. “I did mean it. Okay, yes, I was drunk, and I wouldn’t have had the guts to ask you otherwise. But I’d really like it if you came.” He met Zac’s dark eyes and willed him to believe him. “It would be cool to get to know you better, and my family would be totally fine with it. I don’t like to think about you being on your own on Christmas Day—unless you really want to be.”
Zac shrugged, his shoulders tense and eyes wary. “It wouldn’t be the first time.”
A wave of pity swept over Rudy, but he instinctively knew that if he let that show, it would be a mistake. Instead, he shrugged. “Well the offer’s there. It’s your call.”
Zac took another bite of his toast and chewed slowly while Rudy waited. He could almost hear the gears turning in Zac’s head as he weighed his options. Finally he nodded. “I’ll come.”
Happiness flooded Rudy and he couldn’t stop a huge grin from spreading over his face. “Brilliant. I’ll phone Mum later.”
They stared at each other for a moment, and then Zac smiled too—a little uncertainly, but Rudy would take what he could get from Zac. His gaze dropped to Zac’s lips, and something twisted in his chest as he thought about kissing him last night. They really ought to talk about that too, but Rudy was afraid that if he brought it up, Zac would insist it was a drunken mistake. As long as the kiss went unmentioned, Rudy’s hope could live on.