Congrats to Roe Horvat on the new release! 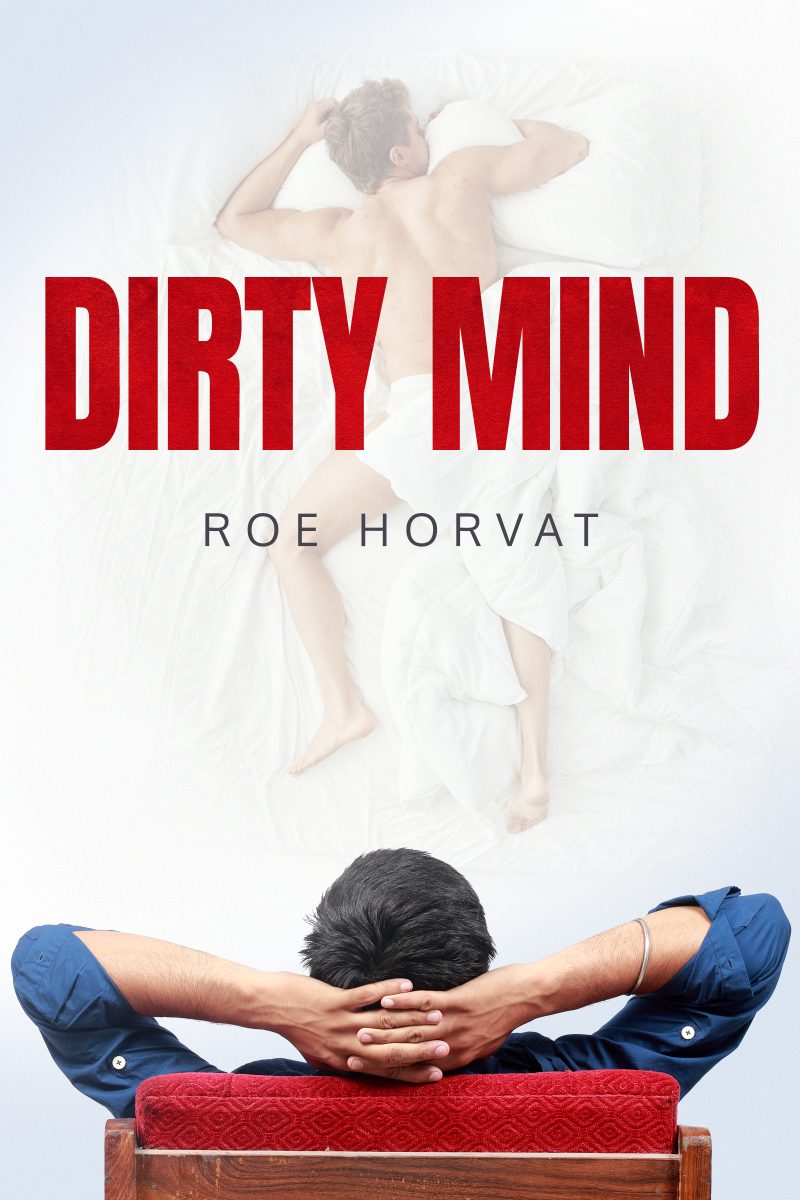 Author bio
Roe was born in former Czechoslovakia and endured a miserable adolescence in the post-communist wasteland. Equipped with a dark sense of sarcasm, they left for Germany and later, Spain.
Finally, they settled in Sweden, where the weather is nasty but the freedom great. Roe works as a motion graphics artist, loves Jane Austen, Douglas Adams and everything in between, preferably by the fireplace with a strawberry daiquiri in hand. Roe writes contemporary romantic fiction—it conveniently balances out their real-life pragmatism.
When not hiding in the studio doing graphics, Roe can be found trolling cafés in Gothenburg, writing, and people-watching.
Get in touch with the Roe:
Facebook: https://www.facebook.com/roe.horvat.98
Website: https://www.roehorvat.com
Twitter: @roehorvat

Exclusive excerpt
I stood fidgeting on the train station platform, jumping up and down like an excited Chihuahua, ready to piss myself from the same joy-horror cocktail I had been drowning in for the whole summer. Christian was coming to live in Freiburg. Fuck me.
The train was supposed to be on time. I was jittery and hated myself for it. I hopped on my toes and gave a heavy sigh.
It was overcast but warm. September weather in my south-western corner of Germany was still comfortable, if humid. On the opposite platform, another train rolled into life and was leaving slowly toward the Black Forest Mountains. I remembered the trip we took there last autumn when Christian had been visiting.
The sound of my hitching breath and thumps of my heart were drowned by the screech of the approaching train. I searched the seemingly infinite number of windows, but the steely gray carriages moved too fast for me to see inside until the machinery halted. A mass of bodies began flooding the platform. I was sweating under my flannel button-down. I’d dressed casual—even though the time I’d spend browsing my wardrobe to pull off that casual look was longer than a ball or the opera would have required. After staring at my clothes for an hour, I’d picked a fucking flannel shirt? What the…?
Just then, a flash of gold blinded me, and a warm body crashed into mine. The most delicious smell in the world hit my nostrils, and two gangly arms wrapped tightly around my neck.
“Alex!” he exhaled. I returned the hug, pushed my nose into his golden hair, and inhaled again. Like white roses dipped in honey, I kid you not. I kissed the top of his head chastely like I would a brother’s.
I would be the first to tell you I was a pig and a pervert. But not with this boy. Christian was innocent, trusting and important. He was the best person I knew, including my sister—and I loved my older sister. But he was good to the core. A pure soul. I fully intended to keep him that way.
Christian pulled back and grinned at me, all open and sincere and warm.
“Hi there, Squirrel,” I said. I had to clear my throat. I sounded all gravelly, hoarse. Moved. When was the last time I’d seen him? Six months ago? Too fucking long and not nearly long enough.
He kicked my sneaker lightly, annoyed by the nickname I still used.
“It’s so great to see you! I can’t believe I’m finally here. Let’s get rid of my bags, and we’ll go out. But we have to hit IKEA first. I don’t even have a bed. Then you must show me the town again. Last time I was here, we barely managed a dinner. Those weekends are too short, you know? My classes start on Tuesday, so we have the whole Friday to Monday. There is this orientation thing on Monday, but I don’t have to go since I’m officially a third-year student. The pub in the Studentensiedlung is, like, five minutes away from my dorm room—I can take one guest with me. We have to check the place out.” And there he went, spilling out all his vibrant happiness.
As usual, I was smiling like a fool and couldn’t stop. Christian had this effect on me. The world seemed brighter, a hopeful place.
“Have you eaten anything?”
“Just a sandwich. I’m beat. I got up at four-thirty, and then I was too keyed up to sleep on the train. One latte, and I’ll be fine. And pizza? I’d kill for a pizza.”
His bright blue eyes were shining. Christian was here to stay.