Starting from Scratch (Housemates 5) is out!

It’s here!
Starting over isn’t easy, but Ben is ready to live his life as the man he was always meant to be.

Ben is transgender and back at university after hormone treatment and chest surgery. His new housemates have no idea about his history and Ben would prefer to keep it that way. He’s starting from scratch and his life is finally on track, except in the romance department. The idea of dating guys as a guy is exhilarating but terrifying, because if Ben wants a boyfriend he’ll have to disclose his secret.
Sid is drawn to Ben from the moment they meet. He normally gets what he wants—in the short term at least. Ben’s guarded at first, and Sid’s not used to guys rejecting his advances. He eventually charms his way through Ben’s defences and helps Ben on his journey of sexual awakening.
It doesn’t matter to Sid that Ben is trans. He’s attracted to the whole person, and isn’t worried about what is—or isn’t—in Ben’s pants. They’re good together, and both of them are falling hard and fast, but Ben’s insecurities keep getting in the way. If Sid can convince Ben he’s committed, will Ben finally be able to put his heart on the line? 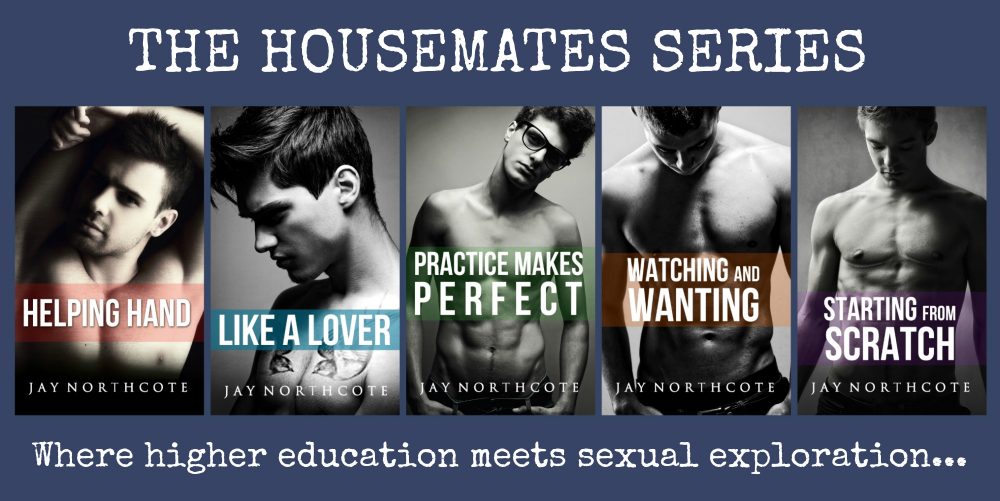 If you haven’t read the rest of the series and want to catch up, here are the links: