I have a guest post from a debut author in our genre today. Michael Vance Gurley is here to tell you about his forthcoming release, The Long Season, and his book launch party in Naperville, IL – the proceeds of which are going to an LGBTQ+ youth charity.
Over to Michael 🙂
Hi Jay!
Thank you so much for inviting me to guest on your blog. I sure wish I had an amazing logo like yours. Instead, I have lots of links to share. It’s Pride month, and I would like to do something to give back just a little bit to the community. Instead of hoarding the vast mountains of gold like a dragon, I am giving my proceeds from the upcoming book release party to a social service organization focused on LGBTQ+ youth.
My debut novel, The Long Season, comes out from Bold Strokes Books in paperback on June 15th, and Anderson’s Bookshop in Naperville, IL is hosting a book release event. Copies of the novel with a ticket to the event can be purchased at Anderson’s Bookshop Event: The Long Season. Anderson’s hosted an event called Pitchapalooza (think American Idol for books), which I won. It’s so nice to be a winner sometimes. It gave me a lot of face time with agents, authors, and a great discussion with a publisher that turned into a contract. Going back after all the hard work of getting published is really exciting. Every dime I make will be given to Youth Outlook, an organization dedicated to providing drop in centers, education outreach, and professional development to and about LGBTQ+ youth. I’m on the board at Youth Outlook and decided that having my sales proceeds from the release party benefit these young people in need of safe places was the right thing to do.
So what is all the hubbub about? 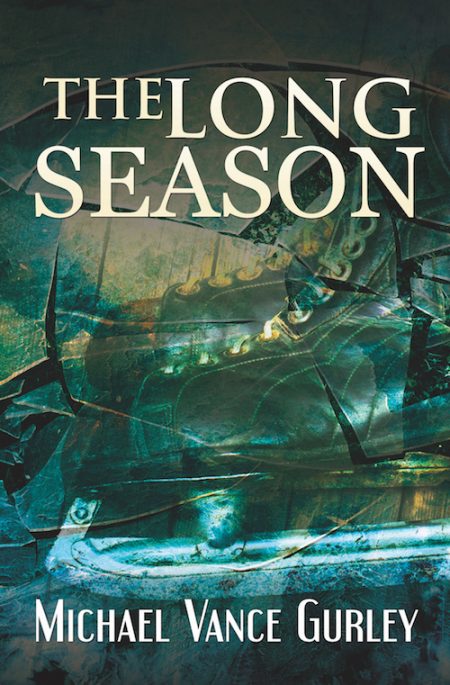 The Long Season
In Roaring Twenties Chicago, eighteen-year-old farm boy and hockey hopeful Brett Bennet is drafted to the big leagues of the city’s first ever team. His deepest secret catches fire when he meets the dashing but reclusive goalie, Jean-Paul Moreau. As they circle one another finding out who they truly are, their lives are changed in ways neither can control.
Brett will need the help of freewheeling flapper Margret to find a way to break through Jean-Paul’s ice, and to navigate the high stakes world of professional sports from the opening game through to the championship. Only together do they have a hope of facing the deadly threat of a man who can bring it all down with one word.
Wait? Is that it with the links, you ask? No. I did promise a lot of them. There is a fun little trailer for the book that has some amazing imagery. For those who can’t go all the way to Chicagoland to the party—and you really should because it is such a great place with amazing food, architecture, and history—you can get an ebook or paperback from Bold Strokes Books or wherever books are sold. You know what else is fun? Adding it on goodreads!
Thanks so much for letting me hang out on your blog! I hope people will click everything that clicks.
-Michael
Michael’s Bio:
Michael was born in a Chicago hospital that was quickly condemned and torn down. He grew up and worked in the shadow of Capone’s house in a union hall, where he first discovered a love of gangsters and the Roaring Twenties. Being an avid hockey fan led him to kissing the Stanley Cup, and as an ardent traveler, he kissed the Blarney Stone, both of which are unsanitary and from which he’s lucky to only have received the gift of gab. Michael has many literary interests and aspirations. He self-published One Angry Koala, a well received comic book. His poetry has been printed in the Southern Illinois University newspaper, which was a real big deal back then.
Michael has worked with special needs children for nearly twenty years. His work with young adults led to a love of YA books, but he was raised with classic horror, beat poetry, and comics. As winner of a “Pitchapalooza” author event, Michael received some helpful guidance for his first novel, The Long Season, by literary agent/authors Arielle Eckstut and David Henry Sterry, and editor Jerry Wheeler. Michael still lives in the Chicagoland area, and despite it being cliché, gets asked about gangsters whenever traveling abroad.