Monthly update: What’s new, what’s next, what’s in the pipeline?

Oops – this is a few days late. Did anyone notice? I have no excuse, other than school holidays meaning that I’m even less aware of the date than usual! I’m going away for a few days tomorrow, so here’s my quick update before I leave.

What’s new?
Nothing much was new for me in March, but I did reveal the gorgeous new cover for The Little Things.

What’s next?Imperfect Harmony will be out on April 15th – not long to go now! You can see what the early reviewers are saying and add it on Goodreads here. I will be taking pre-orders from around the 10th of April. 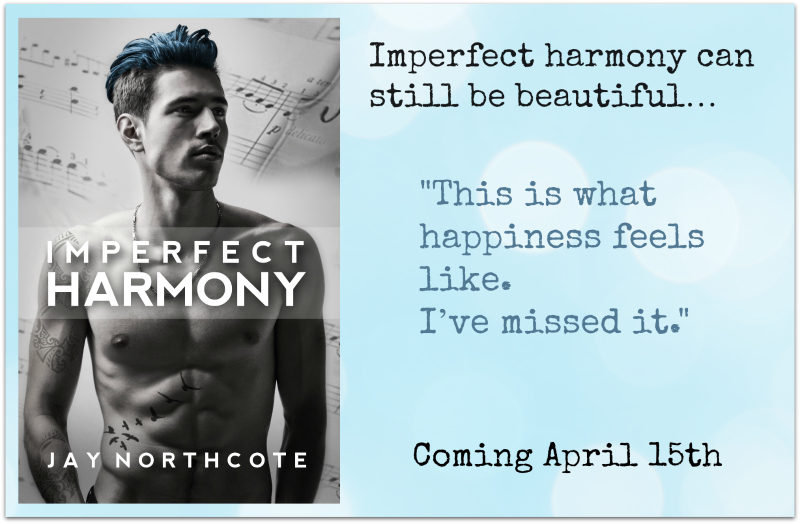 I also have two French translations due out in April (hopefully). Nothing Serious (Rien de Serieux) is coming out via Reines Beaux. I’m not sure on the date, but I know it should be sometime this month. And I’m also going to be self-publishing the translations Helping Hand (Main Tendue), translated by Bénédicte Girault.

What’s in the pipeline?
One of the nice things about looking back at my previous monthly update post to see how things have moved on, is that I often realise I’ve been more productive than I thought I’d been. This is one of those months. According to last month’s update I’d only just started working on the draft of Housemates #3 at the start of March. Despite having had a couple of very slow writing weeks, I’m happy to report that Housemates #3 is now 38,000 words long and probably at around the 75% stage. I’m on holiday this week, but will be back to focus on it starting on Monday 11th, and I’m hoping to wrap it up before the end of April. If all goes well, that book should be out in June 🙂

Helping Hand should be out in audio soon. I’m not sure exactly when because it depends on my narrator, and then on how long ACX takes to approve the final recording. But I’m hoping it will be here sometime in May. Watch this space for more info.

That’s all folks. I hope April is a good month for you!