Annabelle Jacobs introduces the final book in her shifter trilogy: The Altered 3.

I feel I need to add a disclaimer here, because Annabelle is a really old friend of mine… but this trilogy is a great read. I loved all three stories in this series. Each book deals with a different couple, but there is also a series-long story arc so it is best to start with book one and read in order.
You can currently get book one for 99c (until midnight on Saturday), so if you fancy spending your weekend with some sexy shifters go and one click The Altered 1 while it’s on offer! 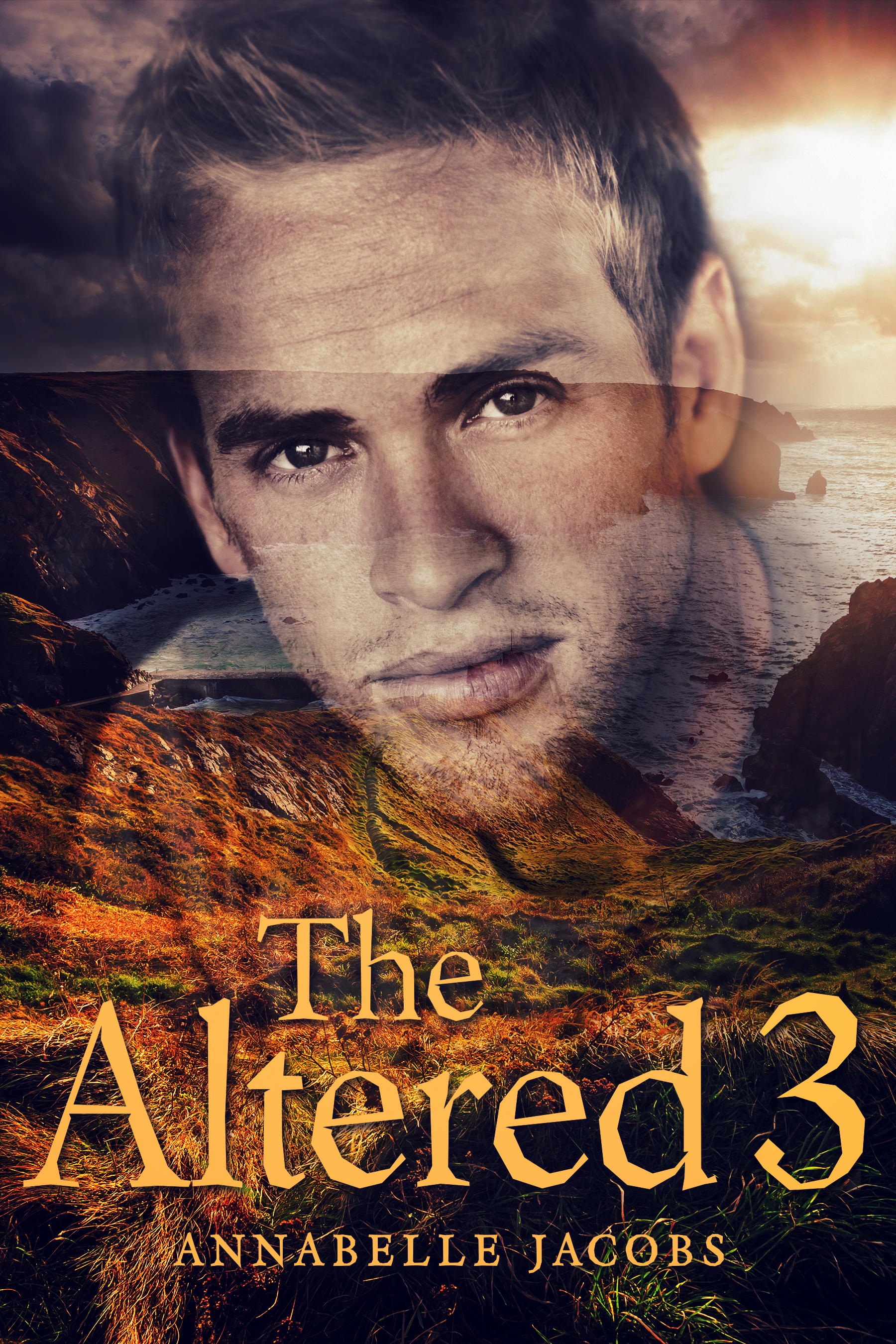 Matt is a single shifter living in a house full of couples. It’s not that he begrudges his friends their happiness—especially after everything they’ve been through—but he wants someone for himself. He wants a mate. Living out in the Cornish countryside there seems little chance of him finding one.
Thomas’s life has recently been changed for ever. Newly altered, he finds himself in danger as his mother, a prominent politician, works to put a stop to the mistreatment of altereds and bring those responsible to justice.
To keep him safe, Thomas is sent to Cornwall where Matt and his friends offer him refuge until he can return to his home in London. Despite the circumstances surrounding his arrival, Thomas and Matt bond in a way neither of them were expecting. They struggle to come to terms with what this might mean for their future once the threat is eliminated.

Excerpt
“Daniel?” He strained to hear anything but the whole farmhouse seemed quiet. His senses were a little overwhelmed after being effectively dampened for the last three hours, but after thirty seconds or so he could hear the tread of footsteps outside and a car approaching the farmhouse.
Jordan’s black Volkswagen T5 pulled up onto the gravel drive at the same time as Matt opened the kitchen door. Daniel walked over to meet him as he got out of the van, holding his phone out for Jordan to see. Whatever was on there had Jordan tensing up immediately.
“What’s wrong?” Matt called out, making Daniel jump, but Jordan didn’t even flinch already fully aware of his presence. He walked over to them, and looked pointedly at Daniel.
Daniel motioned for Jordan to give him his phone back and handed it straight over to Matt. “I got an email from Shaw.”
It took Matt a good few seconds to recognise the name. And when he did, his chest tightened at the memories it invoked. It wasn’t that anyone had forgotten what happened at the facility, but it wasn’t exactly a popular topic of conversation either. Shaw, along with Ash and a Dr Adams, had been injected with the serum by Chambers and had ended up a partial altered. Whatever he had to say, Matt doubted it would be anything good.
The email was short and to the point. Shaw hadn’t bothered with pleasantries, and Matt felt oddly pleased by that. They weren’t friends, and he was glad no one pretended otherwise. He read it again to make sure he hadn’t missed anything and handed the phone back to Daniel.
“So.” Matt glanced up at the sky, knowing their peaceful existence was about to change. But he asked the question anyway. “Are we going to take them?”

Author Bio
Annabelle Jacobs lives in the South West of England with three rowdy children, and two cats.
An avid reader of fantasy herself for many years, Annabelle now spends her days writing her own stories. They’re usually either fantasy or paranormal fiction, because she loves building worlds filled with magical creatures, and creating stories full of action and adventure. Her characters may have a tough time of it—fighting enemies and adversity—but they always find love in the end.