Welcome to my blog Therese. I love the sound of this story, and the cover is utterly gorgeous! 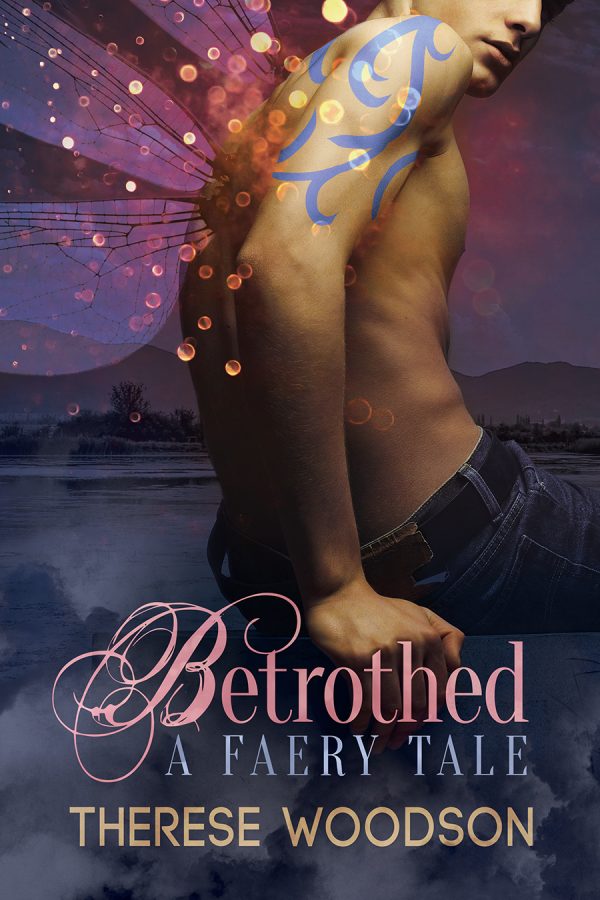 Faery royalty have always married for duty rather than love. Prince Chrysanths should be no different – except with a human for a father, the prince known as Puck already is different. When he is betrothed against his will to Prince Sky, Puck flees to his father in the human world, only to have Sky follow.
Prince Sky Song of the Clouds isn’t thrilled with the prospect of marriage either, but is bound by duty to follow through. If he can’t win Puck over, the faery realm might very well dissolve into utter chaos.  Too busy arguing, Puck and Sky are unaware there are others with a vested interest in seeing the betrothal fail. In a bid for Puck’s crown, they’ll seek to keep them apart, even as Puck and Sky realize that duty and love don’t always have to be mutually exclusive.
Hi and welcome to the BETROTHED: A FAERY TALE blog tour.
Thank you to Jay who was kind enough to host me on the sixth day of my tour.
Please follow me around and get to know the faery princes Puck and Sky and how their world changes due to one (annoying) law. (Schedule here: https://theresewritesthings.wordpress.com/2015/08/25/blog-tour-for-betrothed/)
Instead of sharing an excerpt today, I wanted to give you some fun story facts about this novel. If you follow me on twitter (@writer_reese), you may have seen some of these already.

Feel free to ask any questions either over twitter or at my blog: theresewritesthings.wordpress.com
Enter the rafflecopter giveaway for an e-book copy here!
Buy Links:
Paperback – http://www.dreamspinnerpress.com/store/product_info.php?products_id=6878
Ebook – http://www.dreamspinnerpress.com/store/product_info.php?products_id=6877
Author Bio:
Therese Woodson is a writer, a wife, a mother of three, a pet-owner, and a long-time member of her college’s sci-fi club. She is a fan of watching bad television shows, superhero movies, and anything involving mythology. She loves creating interesting characters, universes, and stories with happy endings.
https://theresewritesthings.wordpress.com/