I figured I’d write this while I have WiFi because I’m currently on holiday in the wilds of bonny Scotland and the coverage isn’t great. We’re staying in a youth hostel in Glencoe tonight — up in the Scottish Highlands and it’s so beautiful here. 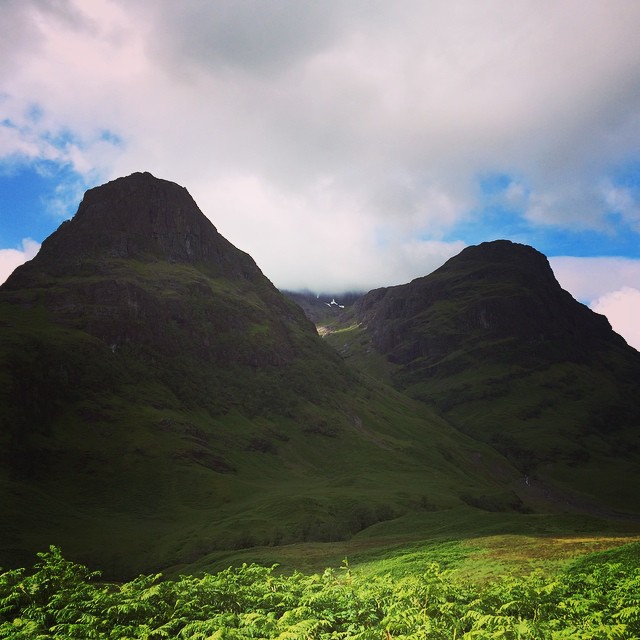 This area is where I wrote Nathan hiking with his brother in The Marrying Kind when he and Owen had fallen out. Only they were hiking in April, so the mountains would have had more snow on them then. Now, you can just see a tiny bit up on the peaks.
Anyway – here’s my monthly update. In brief because I only have a little WiFi left before I have to pay for more.

What’s new?
I had a few paperback releases in July. Helping Hand and Cold Feet both made it into paperback (links on the book pages). And also the three Nothing novellas were released in a combined paperback anthology from Dreamspinner Press, with the title Nothing in Common.
I also had some translations out in July. Jeu de Séduction, the French version of The Dating Game, and Vorresti, the Italian version of Top Me Maybe? Please go to my translations page for the buy links.

What’s next?
In August I’m planning on releasing a short story called All Man. This is a spin off story telling the story of Jules/Julian, who was one of the secondary characters in Top Me Maybe? This new story is a standalone so you don’t need to read them in order. I don’t have a cover or any Goodreads or buy links for that yet, though. So please check back for more details – I’m hoping to release it in the middle of August when I get back from my holidays.
My next longer book will be Like a Lover which is scheduled for release on the 4th of September. Like a Lover is a spin off to Helping Hand (again, they don’t need to be read in order) and it tells Josh’s story. I’ll be revealing the cover and adding it to Goodreads in a couple of weeks, so watch this space for more news.

What’s in the pipeline?
Terrifyingly nothing… because I’m on holiday so I’m having a break from writing. This makes me very nervous. Is it just me who feels that they may never write again when they take a break? But I have lots of ideas, so I’ll be seeing which ones take root over the next few weeks. Then I’ll hopefully hit the ground running in September and get back into writing mode again!