Coming soon in paperback: The three Nothing novellas in a single volume

Coming soon from Dreamspinner Press, my three ‘Nothing’ novellas (Nothing Serious, Nothing Special and Nothing Ventured) combined into one paperback volume.
The combined edition is called Nothing in Common – because the three stories are unrelated. 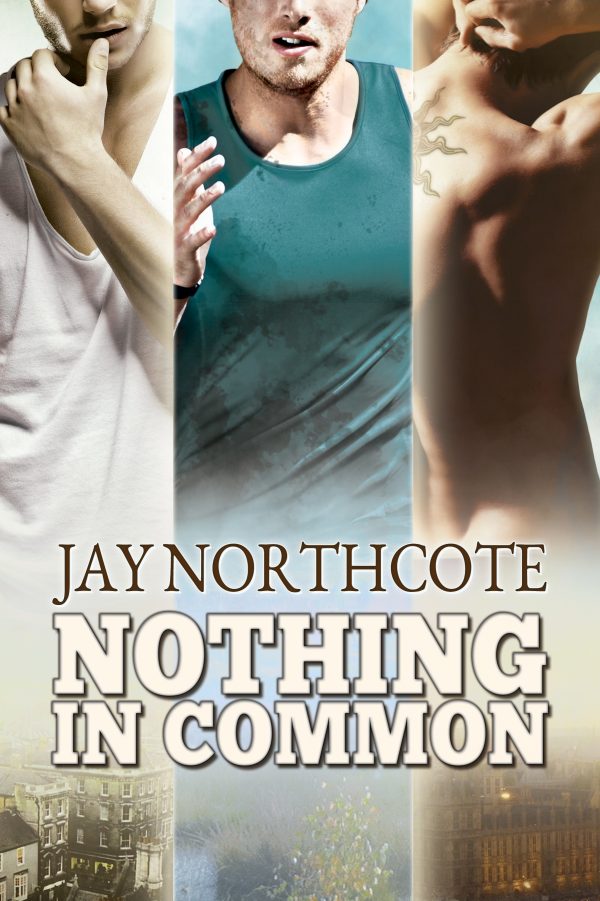 Three sexy lighthearted reads that are guaranteed to put a smile on your face.
An accident with a cardboard box is the start of a beautiful friendship—with benefits—between newly out Mark and gorgeous removal man Jamie. As Jamie initiates Mark into the joys of gay sex, “nothing serious” might turn into something important to both of them.
Noah’s nothing special. Average height, a bit on the skinny side, and cute but rather geeky, he’s relentlessly ordinary. He certainly doesn’t expect to be noticed by Sol, the gorgeous stranger Noah sees on his commute home most days. Noah’s friend, Dom, has a plan to get Sol’s attention—if Noah is willing to take the risk.
Aiden gets talked into joining a team for the Mad Mucker—a twelve-mile muddy slog over an obstacle course—and Matt agrees to be his training partner. Attraction flares, and they embark on an intense physical relationship. But keeping to their “no strings attached” agreement might prove as much of a challenge as the race.
You can preorder the book from Dreamspinner now. Once it’s out it will also be available on Amazon, and I will be selling signed copies through my website here.