My new release went live a few hours earlier than I was expecting 🙂 Here are all the details and an excerpt. 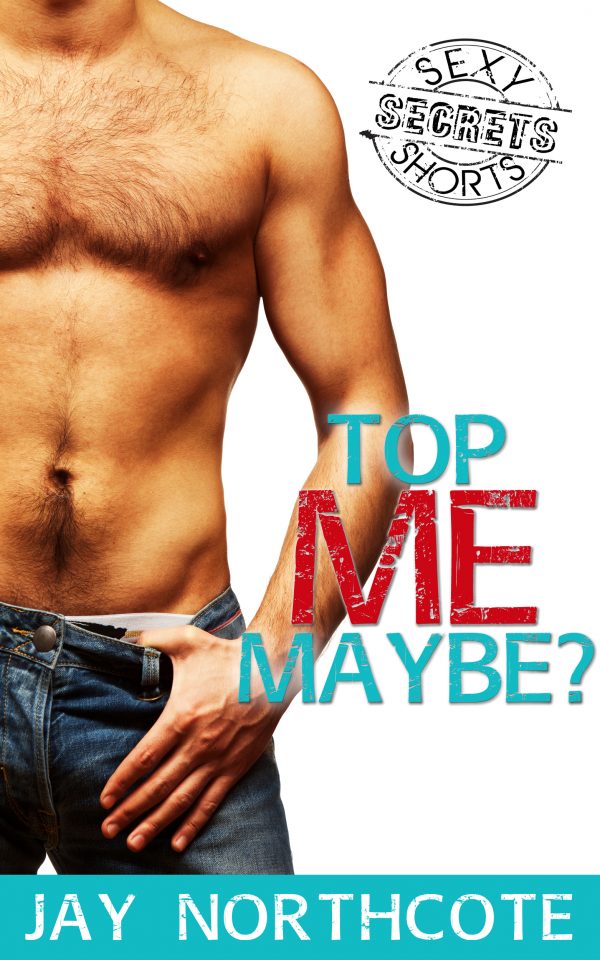 Top Me Maybe?
Blanket Fort Press
Duncan has a secret fantasy, but is Tyler the right man for the job?
Tyler’s new policeman boyfriend, Duncan, is gorgeous. Tall, broad, and über-masculine, he’s the epitome of the dominant top—in appearance at least.
When they discuss their sexual fantasies, Duncan confesses to a secret desire that surprises Tyler. Luckily for Duncan, Tyler’s happy to oblige and is determined to give Duncan a night to remember.
Length: 9666 words
Buy Links
Amazon.com
Amazon.co.uk
Also available in all other Amazon regions, just edit the URL as needed.
NB: This book is currently exclusive to Amazon, but this means it can be read for free by Kindle Unlimited subscribers.
Excerpt:
“What do you want to talk about?”
Tyler thought for a moment then answered, “Sexual fantasies.” They hadn’t had that conversation yet. Not in any detail anyway.
“Okay.” Duncan sounded a little dubious. “You can go first then. Seeing as it’s your idea.”
“God. I have loads… where to start? Okay, one of mine is deflowering a Catholic priest or a monk or something—someone who’s taken a vow of celibacy, but in the fantasy I’m so hot they can’t resist me.” Tyler’s cheeks heated at the admission, but somehow it was easier having this conversation in the dark when Duncan couldn’t see his face. “Another is having sex in public…. Not in the park or something—that would be a bit skeevy—but somewhere people have come expecting to see it, like a live sex show. Or maybe being in porn, knowing that people were watching me and jerking off watching me fucking someone else…. That would be hot.” He stopped because Duncan hadn’t reacted. “Well? It’s your turn now.”
“I feel really boring in comparison,” Duncan said. “Your imagination is wild.”
Tyler chuckled. “Yeah… well I was a late starter in the practical side of things. Didn’t even kiss a guy till I was seventeen, so I spent a lot of time wanking in my bedroom thinking about stuff like that. Anyway, come on. There must be something you fantasise about. It doesn’t have to be something you actually want to do for real. I don’t think I’ll ever actually shag a priest or make a porno, but it’s fun thinking about it. It turns me on.” He wriggled a little closer to Duncan, pressing his thickening cock against the curve of his arse and combing his fingers through the hair on Duncan’s chest.
He waited for Duncan to respond, and the silence stretched out long enough to get a little awkward.
“Hey, you don’t have to if you’re not comfortable sharing,” Tyler said. Suddenly he was worried. Maybe Duncan was into something really kinky? Maybe Tyler didn’t want to know what his fantasies were. “Don’t worry about it, we can—”
“I think about being fucked.” Duncan’s voice was quiet, a deep rumble that vibrated in his chest under Tyler’s hand.
Surprise hit Tyler at the admission. It wasn’t what he’d expected to hear from Duncan at all. But he didn’t react, waiting for him to elaborate. But he didn’t, so Tyler prompted, “And?”
“That’s it.” Duncan took a deep breath, his ribs expanding under Tyler’s arm. “I’ve never bottomed. But I… I fantasise about it. About being fucked by another guy.”