I’d like to welcome AJ Rose to my blog today for another instalment of my series on authors who self-publish.

AJ has five books published, including the Power Exchange series, and a short story about one of her favourite subjects, ghosts. She’s been self-publishing since 2012, and has recently made the transition to writing full time.

Why did you decide to self publish?
I originally went with a publisher thinking I needed a foot in the door, and I knew next to nothing about the publishing process. My partner in crime, Theo Fenraven, was a few months ahead of me in the process, and we sort of fumbled through our first releases together. By the time I’d had my second release, I’d seen quite a bit of the publishing business, and with the discovery that I could convert files myself to the formats required for uploading to various websites, and the gateway to the big distributors like Amazon and Barnes & Noble, I saw no reason why I shouldn’t give self-publishing a chance. Fen and I discussed cover art and editing and such, and we struck up a partnership for Voodoo Lily Press. Fen became my official editor, and he mocked up the cover art for Power Exchange, which I published in September of 2012. And never looked back.
What do you like about self-publishing?
I have high standards of the people with whom I’ll work, and frankly, I felt helpless tied in a contract with a publisher. Sure, I was given final say on the content of the stories, but the cover art was chosen for me and I could approve or pay out of pocket for my own covers and provide it to the publisher. How would that differ if I self-pubbed? It wouldn’t. Not to mention, while I loved the woman who originally edited for me, I felt they didn’t have time to give my work the polish it needs before seeing the light of day that Fen was able to give my books. I want to be edited hard, because that’s the only way I’ll continue to improve even after writing nearly non-stop for the last five years. I don’t want to get complacent, think I’m “good enough” and stop striving to put out the best story I can. Self-publishing isn’t exactly a walk in the park because there are a ton of niggly details, but they’re doable for me, and it means I’m not splitting my royalties with a publisher that has overhead expenses I just don’t have. So while I don’t only self-publish because it makes me more money to do so, it provides a greater return on my time investment.
Another aspect I like is price control. I just ran a BookBub ad in February where I dropped the price of the first book in the Power Exchange trilogy to $.99 for three days, and saw an impressive spike in downloads. BookBub is magic when it comes to advertising because those subscribed to their lists get incredible deals, and those of us who advertise with them get a chance to intrigue readers we wouldn’t have otherwise reached. It’s a win-win for everyone. If I’d been in a contract with a publisher for the book, I wouldn’t have been able to say when, for how long, and for what price I was running the sale. In the weeks since, I’ve had a flurry of new social media requests, a few more reviews added, and sales of the second and third books in that series have increased as people continue on with Ben and Gavin. None of that would have been possible if I’d stayed with a publisher.
I’ve recently released a title called The Anatomy of Perception and during the writing process, it became clear my favourite editor extraordinaire wouldn’t be able to work on it for reasons of his own. This left me with the task of finding another editor to work with, as well as a new cover artist, and in searching for someone to help me out, I was lucky enough to be put in contact with the editor who works on Colleen Hoover’s books. Murphy Rae had never read an m/m book before, so it was an opportunity for a very fresh set of eyes to take a look at the story and help me keep it from becoming rote, since she asked questions about the content someone already familiar with m/m would have simply taken as common. It helped me see where I could broaden ideas and do my best to keep the plot fresh. Also because of that partnership, I’m now able to move in some slightly different circles and hopefully expand my readership by a few more readers. If I had run into this situation while contracted with a publisher, they’d have simply moved my book to the next available editor, who likely wouldn’t have given me a new door to open in my readership.
Do you have any advice for other authors considering taking the plunge?
Consider the benefits a publisher gives you. Can you rely on solid betas and afford to pay an editor between $400-$800 to edit your book (depending on the length)? Do you have access to someone who can provide quality covers or can you do the art yourself in a way that competes with the standards of publishing out there? Are you able to format within the guidelines of the major distributors to make professional looking mobi and epub and pdf files for upload to the big websites? If you can answer yes to all those things, then self-publishing might be the way to go. But it’s not a bad thing to consider going with a publisher right out of the gate. I wouldn’t be in any position to self-publish my titles if it weren’t for the year I spent with a press, learning the ropes. Being with a publisher had its advantages. But so does going the indie route.
AJ’s Newest Release: 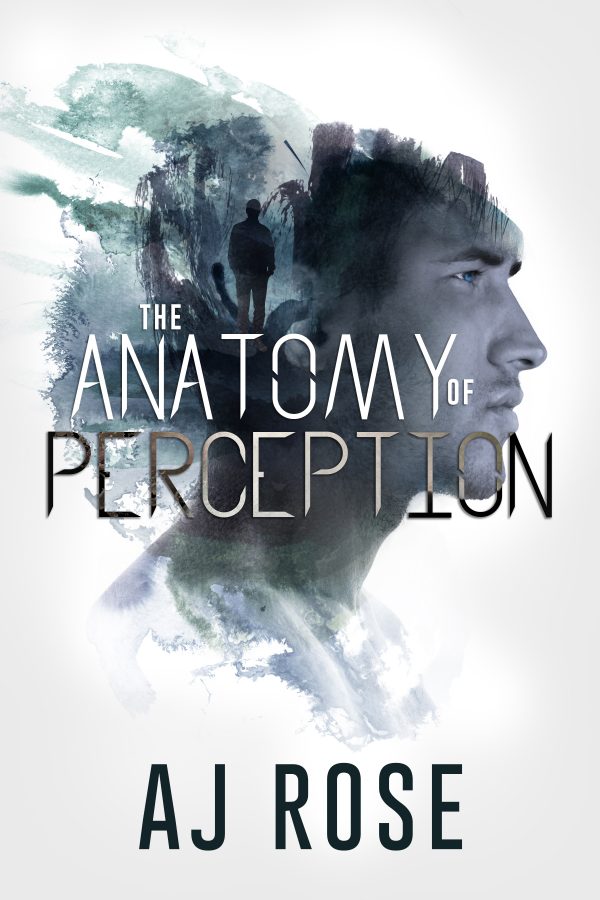 The Anatomy of Perception by AJ Rose,
Published by The Grim Writer Press, Released March 11, 2015
Amazon: $5.99. Kindle format
Barnes & Noble: $5.99 epub
iTunes: $5.99 epub
All Romance Ebooks: $5.99 mobi, epub, pdf
Scribd: epub (subscription, much like Netflix)
Page Foundry: $5.99 epub
Length: approx. 137,000 words, 371 pgs
Genre: Contemporary, Romance, Second Chance
In the beginning, there was wreckage. Dane Perry’s mother was dead, and the father who always said he’d amount to nothing blamed him. Dane swore he’d become something. He would be someone.
In the middle, there was escape. Rebuilding his life from the ashes of his mother’s memory, Dane found success as a respected surgeon, and love in the form of Craig Dahl, a talented artist who became his everything. But there was also darkness, lies, and a crumbling foundation just waiting for the ground to shift.
In the end, there was a spectacular fall, illusions shattered, and for Dane, nothing more to lose. He was broken, damaged, and left with fierce demons. But from the bottom, the only way left is up. Dane renewed friendships and salvaged his career. The only thing he cannot replace is Craig. But Dane has a plan. Brick by brick, his foundation is rebuilt, and all he needs is for Craig to listen one last time.
In the beginning again, there’s hope and tatters of love. Can Dane repair the damage with Craig? Can he rescue the only thing he amounted to that ever truly mattered?
This book contains vivid descriptions of symptoms of PTSD and events that can cause anxiety. Reader discretion advised.
Book Trailer
About:
It began with a Halloween themed short story assignment from a second grade teacher, and from then on, AJ Rose fell head over heels in love with writing. Time has seen the beginning and end of many things, college and graduation, a finance career, and a marriage, and through it all, writing has been her first love. Now, AJ is also head over heels for her wife-to-be, fellow author Kate Aaron, who gets it, the twitchy fingers when word counts are low too many consecutive days, the thousand-yard stare when an idea turns AJ’s vision inward, and the jitters when the word-babies go out to meet the world. Nothing could stop the tall tales about imaginary people that refused to be ignored. With a life full of this much passion, it’s no wonder AJ chose romance. The voices in her head are mostly of the male persuasion, so m/m romance was about the only option. But don’t be surprised if the occasional ghost still pops up.
AJ’s work can be found on Amazon, Barnes & Noble, and All Romance eBooks. AJ tweets as @_AJRose, facebooks here and blogs at http://ajrosewrites.wordpress.com, where title information can be found here.