I’m very pleased to welcome one of my BWFs (best writing friends) to my blog today to share the details of her new release, The Altered. I was involved on the production team for this one — as a pre-reader and proof reader — and it’s such an exciting, sexy story.

I met Annabelle online when we were both avid readers and writers of fan fiction. We got chatting in a Facebook group and then realised that we only lived a few miles away from each other. We’ve been friends ever since and she’s my main writing partner-in-crime. We wrote our first original stories together during Nanowrimo in 2012 and have egged each other on ever since. She’s also a great lunch date 😉

Please check out her new story, I hope you’ll enjoy it as much as I did! 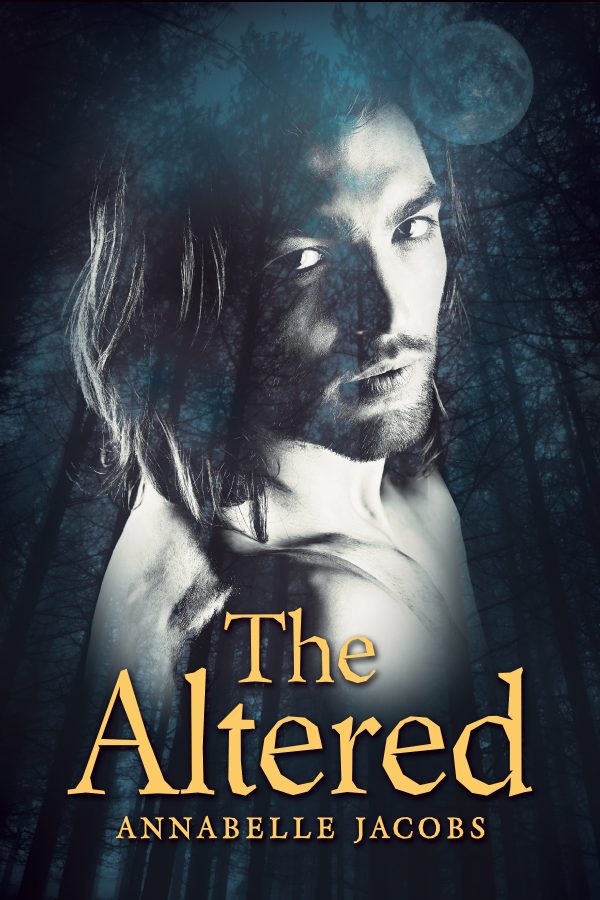 Twenty years ago the UK’s water supply was contaminated with an experimental pathogen, Lycanaeris, causing widespread panic across the nation. Terrorism was suspected but never proven, and when nothing happened–no epidemic, no unexplained illnesses–the whole episode was written off as an elaborate hoax. But Lycanaeris was selective. Only those of a certain age, and with a specific gene in their DNA were infected. Time would reveal the pathogen’s true nature, when those susceptible grew up Altered.
Daniel is one of thousands forced to hide his altered status by living a quiet life. He’s not like the others, though. Daniel can’t help looking so distinctive or being able to see every altered for what they really are. To those abducting altereds, that skill makes him valuable.
For Jordan, shifting from human to wolf means living under the radar to avoid unwanted attention. Meeting Daniel complicates matters. Daniel’s existence is a threat to Jordan and his friends, but Jordan can’t seem to shake the strange connection between them. When danger threatens, there’s little time for Daniel and Jordan to work out their feelings before lives are at stake.
Excerpt
He laughed at the joke Matt was in the middle of telling, chipping in for a bit and teasing him, and then he felt it again, creeping up the back of his spine like icy fingers. Daniel stayed perfectly still, suppressing his body’s natural reaction, and carefully turned to place his empty pint glass on the bar.
He let his gaze wander along to the end of the bar, past the couple he’d spotted earlier, and—
Bloody Hell.
He sucked in a sharp breath before he could stop himself. Usually he got a flash of images, depending on how much they’d been altered—claws, teeth, and fur if they changed fully, but never anything like this. One minute Daniel was looking at a tall dark-haired, really hot man, and in the blink of an eye he’d changed into a huge black wolf, fangs bared in a snarl—clearer than anything he’d seen before.
The image vanished almost as soon as it appeared, and the noise from the bar suddenly jarred Daniel back to his senses.
Fuck.
Buy links
Amazon US
http://www.amazon.com/Altered-Annabelle-Jacobs-ebook/dp/B00VGAAY2C/ref=asap_bc?ie=UTF8
Amazon UK
http://www.amazon.co.uk/Altered-Annabelle-Jacobs-ebook/dp/B00VGAAY2C/ref=asap_bc?ie=UTF8
All Romance ebooks
https://www.allromanceebooks.com/product-thealtered-1773324-145.html
Barnes and Noble
http://www.barnesandnoble.com/w/the-altered-annabelle-jacobs/1121657605?ean=2940151843713
Smashwords
https://www.smashwords.com/books/view/531563
Author Bio

Annabelle Jacobs lives in the South West of England with her husband, three rowdy children, and two cats.
An avid reader of fantasy herself for many years, Annabelle now spends her days writing her own stories. They’re usually either fantasy or paranormal fiction, because she loves building worlds filled with magical creatures, and creating stories full of action and adventure. Her characters may have a tough time of it—fighting enemies and adversity—but they always find love in the end.
Twitter – https://twitter.com/AJacobs_fiction
Website – www.annabellejacobs.com
Email – ajacobsfiction@gmail.com
Facebook – https://www.facebook.com/ajacobsfiction