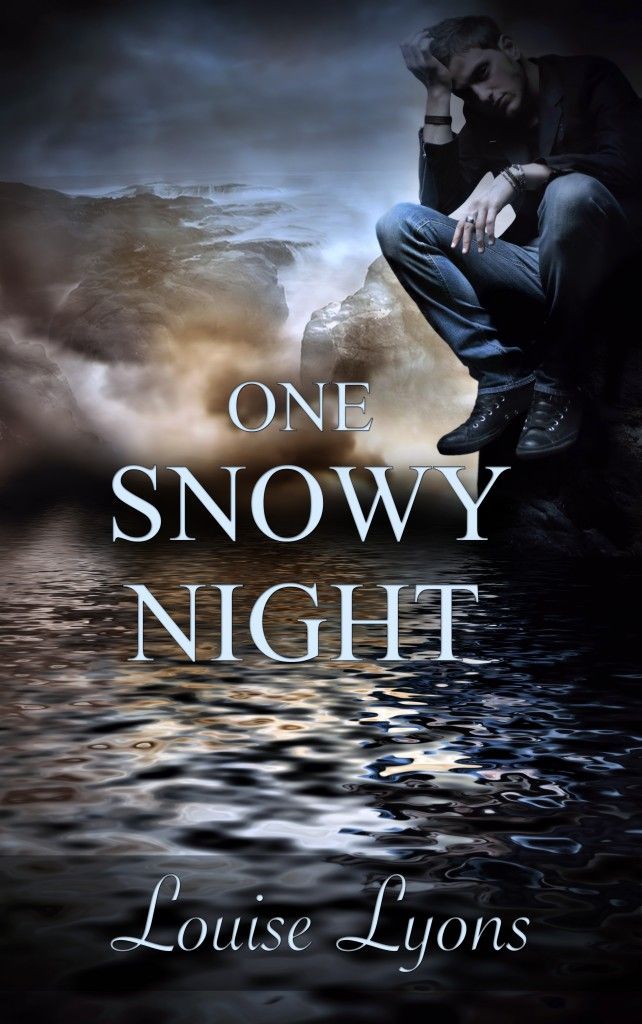 One snowy night, Keith Brambles learns that appearances can be deceptive.
After yet another disastrous date, Keith drives home much to fast for the snowy conditions. When his car skids and crashes, he thinks he’s going to spend the night freezing in his car, until a man in a white van stops to help him. But Keith fears his rescuer may not appreciate his rather obvious preference.

Another half hour went by, and at last Keith heard the sound of an engine. As he looked out of the window, headlights blinded him, and he blinked and squinted. He unfolded his arms and legs, and groaned as he tried to put his feet down on the floor. His limbs had stiffened and everything hurt. He fumbled for the door handle with numb fingers. As he struggled, suddenly the driver’s door jerked open, and a face appeared.
Keith stared at the hulking figure, stooped over to look into the car. He could make out a moustache and goatee, and bright eyes, but the rest was obscured by a beanie and the collar of a heavy winter coat.
“You alright, mate?” a gruff voice asked.
“Y-y-y-yes,” Keith stammered. He was shivering so badly, he doubted he could utter another word.
“No injuries?”
He shook his head in response.
“Can you get out?”
“I…d-d-d-d…” Keith meant to say I don’t know. He shoved the other door open, and extended one leg, until his foot reached the snowy ground outside. He groaned as he tried to move the other leg. His knee was locked and he couldn’t feel his foot at all.
“Fuck. Wait there.” The driver’s door slammed and seconds later, the man appeared at the other side of the car. Large arms reached out and scooped Keith up. He clutched at the thick neck of his rescuer, as he was plucked from the Audi and carried to a waiting white Transit van. White Van Man. Keith cringed, and hoped the man wouldn’t recognize him. His type probably wasn’t very tolerant. Then again, it wouldn’t really matter whether he knew who Keith was or not. Keith was wearing a purple silk shirt, heeled boots, earrings and eye makeup. He thought his preference must be fairly obvious.
“There you go.” White Van Man managed to pull open the passenger side door of the van and hoist Keith up onto the seat without much effort. He slammed the door closed, went around the other side, and climbed behind the wheel.
The heating in the van was blowing at full blast, and Keith leaned forward and placed his frozen hands over one of the vents. The interior of the vehicle was like a furnace, and he knew he would thaw out quickly, but painfully.
“What happened?” White Van Man asked.
“Um…I…um…I came up to the bend too fast and braked. Stupid.”
“Are you sure you’re not hurt?”
“Bruised, maybe, from the seatbelt. The airbag went off. I’m okay, just frozen.”
“How long have you been there?”
“An hour and a half, or thereabouts. Thanks for stopping.” Keith glanced at the man, as he unzipped his coat and pulled the beanie from his head. He had thick, dark hair and dark eyes. Keith could see something on his skin above the neckline of his T-shirt, which could have been a tattoo. Oh, God, White Van Man is probably a biker or a head banger as well.
“Here.”
Keith looked down, and took the plastic cup from the man’s hand. It held strong black coffee. Keith hadn’t noticed him pick up the flask and pour it.
“Thanks.”
“You’re Kent Brambles,” his rescuer said; a statement rather than a question.
Shit. “Uh…yes. Keith, actually. Kent’s just my…um…my…”
“Stage name?” The man grinned, but then grimaced a little.
“Yeah. I’m guessing my…uh…my music isn’t your cup of tea,” Keith said nervously.
“I’m into my rock and roll.” He smiled again and extended a large hand. “Mike Talbot.”