I’d like to welcome Con Riley to my blog today for the second part in my series on self-publishing. Con has five novels published with Dreamspinner Press, and has recently released her first indie title, True Brit (which is fabulous by the way).

Why did you decide to self publish?
Timing was my primary motivation to self-publish True Brit. My day job is demanding, and the quality of my work affects people, so it’s important that I’m not distracted by edits or promo during critical periods. I was prepared to take a risk on self-publishing one title if that meant I could have complete control over timescales this year.
Secondly, work kept me so busy last year that I didn’t secure any 2015 publication slots with my publisher in advance. Had I submitted True Brit, it wouldn’t be out until much later this year. As a reader, I like to know my favourite authors have something in the pipeline. Self-publishing meant I could fill the gap much sooner.
The higher royalty rate self-publishing attracts was a motivator, but I was wary of the risks. The fact that True Brit outsold my last book in just a few weeks was a fantastic surprise that could be down to several factors. Maybe it was Natasha Snow’s cover art, which was superb and sexy, that made such a difference, or perhaps it was the reality TV subject matter that caught readers’ attention. The lower cover price of $4.99 for a full-length novel could also have been influential. I’m just delighted that I’ve found so many new-to-me readers with this publication!
Did you anticipate problems?
I’ll admit that I was worried. What if I didn’t make enough money to cover the cost of professional editing? That was an up-front investment, along with cover design, that couldn’t be avoided if I wanted to maintain the level of quality readers expect from my books.
Next I worried that no one beyond my limited social-media circle would hear about True Brit. How could one indie publication in a sea of publisher-backed novels possibly get noticed? I didn’t have a huge mailing list like my publisher, and I’d much rather be writing than tooting my own horn in public.
I paid Will at Pride Promotions to arrange a blog tour. That saved a lot of time, and made holding an effective giveaway easy. Well over a thousand people entered, and whether they are potential purchasers or not, True Brit appeared in their ‘likes’ and ‘TBR lists,’ which is an essential part of promotion.
I got over my innate shyness, and made personal contact with blogs. Sending out ARCs isn’t rocket science, but doing so good and early meant blog hosts kindly scheduled their reviews around, and right after, release, which made all the difference.
I also took advice from Jay, and learned how to schedule tweets on Twitter. Three a day was my maximum for personal comfort, but they clearly had impact when spread across different time zones. I could time upticks in purchases down to the same hour.
None of these steps took the time or headspace that I feared. I can relegate everything promo-related to the time it takes to have my first cup of tea in the morning, and still have time to get lost on Tumblr!
What do you like about self-publishing?
I’m surprised at how many aspects I like.
Bizarrely for someone often challenged by technology, I really liked formatting my words into a book. There were moments of pure frustration, but the satisfaction at the end was absolutely worth it.
I’m finding self-publishing FASCINATING. I love seeing stats updating hourly on Amazon without having to wait for 3 to 5 months to estimate how True Brit is doing. Self-publishing means I knew from the first day. It’s tremendously reassuring, and that early reassurance only encourages me to repeat the whole experience.
Self-publishing is also collaborative, which is an aspect I love. I’m part of a community of MM writers who understand that the ‘publishing’ part of self-publishing only happens after months of toiling away on our own. So we help each other out for the first frantic weeks of a brand-new release. That element of shared fun—and it is fun—is a bonus I hadn’t expected.
I’ll definitely do it again — it’s worked for me in a year when I truly thought I’d be too busy to publish. However I do appreciate the effort publishers like Dreamspinner Press put into find new markets for their products. A balance of self- and traditionally published titles is part of my longer term plan.
Do you have any advice for anyone considering self-pubbing in the future?

Thanks for interviewing me, Jay!
Con x 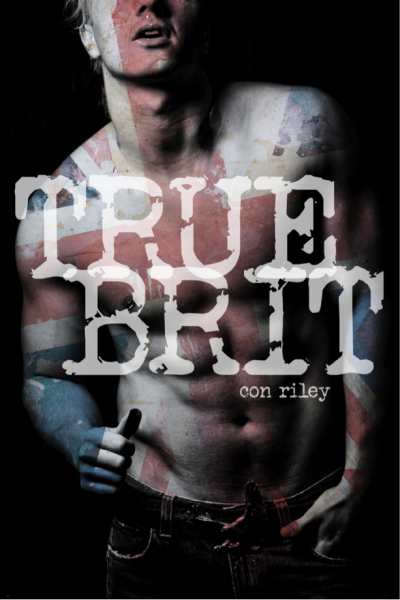 Winning the United Kingdom’s favorite singing contest is a challenge for half-Afghani Pasha Trueman. He doesn’t have the best voice, but success would be life-changing. His strategy is simple—he’ll make the British public love him.
Ed Britten is an ex-soldier with a different agenda. Winning means he’ll keep a promise made after a deadly Afghan ambush. His voice is his weapon, but he leaves his heart unguarded.
Ed and Pasha’s discovery that the contest isn’t a fair fight calls for creative tactics. Staging a fake love story could bring victory, only there’s more at stake than the prestigious first prize. If winning means surrendering each other, they could both end up losing.
Buy Links
http://tinyurl.com/TrueBritAmazon
http://tinyurl.com/SmashwordsTrueBrit
http://tinyurl.com/AllRomanceTrueBrit
About Con Riley
Con Riley lives on the wild and rugged Devonshire coast, with her head in the clouds, and her feet in the Atlantic Ocean.
Injury curtailed her enjoyment of outdoor pursuits, so writing fiction now fills her free time. Love, loss, and redemption shape her romance stories, and her characters are flawed in ways that makes them live and breathe.
When not people watching, or wrangling her own boy band of teen sons, she spends time staring at the sea from her kitchen window. If you see her, don’t disturb her—she’s probably thinking up new plots.
www.conriley.com
Twitter
Facebook