I’d like to welcome the wonderful Suki Fleet to my blog today for her blog tour to celebrate the release of her new book, Innocence. 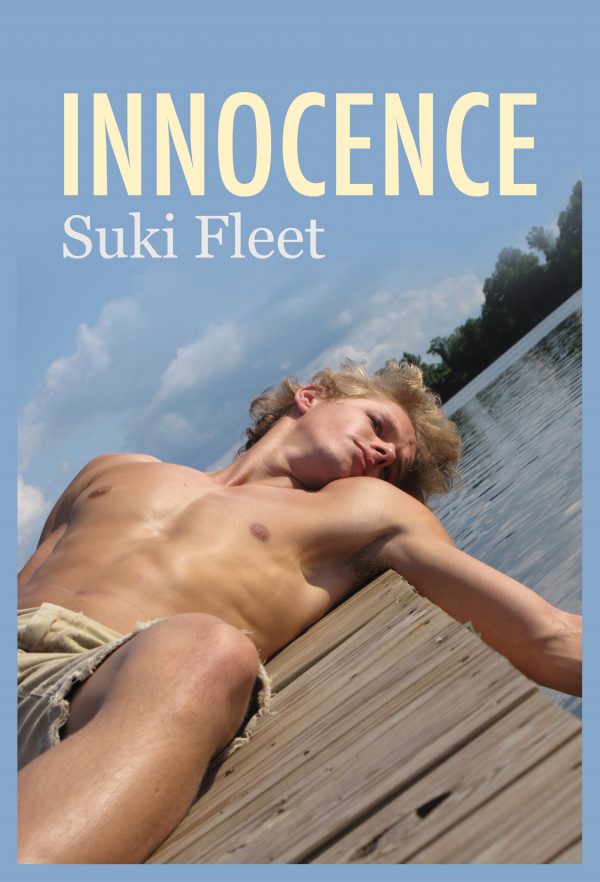 My inspiration for the setting of Innocence…
Growing up I remember being told to write what you know, to write about your own life experiences, otherwise your writing is not going to be authentic. But I discovered early on it’s not about writing what you know at all, it’s about writing what you feel, writing what moves you. Emotions are universal. We all feel something. We’re all scared, we all love, we all get hurt–it’s a language our hearts understand intimately.
I’ve never consciously included my own life experience in any concrete way until I wrote this story. It probably matters little to anyone who reads it–as long as you’re facts are straight and your emotions honest, a story is a story.
But it’s true, I grew up on a boat. It wasn’t a boat like Christopher’s in this story—I grew up on an old fishing boat called Cruban, and I travelled across the sea with my family more than on rivers and canals (though we did that too). And it wasn’t just us, I remember so many other people who travelled with us, who we lived with as family.
My mum called us sea gypsies though we have no Romani blood.
Living on a boat is claustrophobic in some ways and completely freeing in others. At sea you can’t get away from the people you are with, yet lying out on deck, the boat being swept ever forward by the sea and the ceaseless wind, you come to understand you are completely free. Even now I find it hard to stay in one place, I love to drift. I think it’s one of the reasons I will always identify with outsiders, with people who will forever feel the need to move on, keep going, never staying still, like the rivers, like the sea.
Blurb
At eighteen Christopher is restless and longs for something he cannot name. His mother vanished when he was very small and after spending more than ten years travelling on the rivers and canals, drifting between towns and schools, with mostly only his dad and brother, Jay, for company, he is desperate to escape that claustrophobic existence. When they return to settle in Arlow, a town they haven’t been back to in over a decade, everything changes.
Malachi has given up on love. He lost his heart when he lost his innocence. Now at twenty nine he just exists–getting drunk, fixing cars and playing the music he loves.
When their paths cross one night at a gypsy camp, Christopher thinks he’s found what he’s been looking for, but Malachi is afraid. He is afraid their love will destroy everything Christopher has ever known. They are both ghosts from one another’s past, and if Malachi’s secrets are revealed more than just innocence will be lost in their wake.
Excerpt
We’re lying in the dark on Malachi’s warm bed, my head pillowed on his shoulder. Outside, the wind rushes through the trees, a whispery and constant sound broken only by the occasional smattering of rain as it hits the roof. I feel like entire seasons pass as we lie here, not seconds or minutes or hours, but the world spinning around us in some strange eternity, and I am at once removed from myself and deep inside my own skin. It leaves me longing for connection. For touch.
Hesitantly, with trembling fingers, I trace the smooth skin of his inner arm from his elbow to his wrist. I try and make it seem so casual. The first time, he tenses against me, but slowly he begins to relax, and I grow bolder, repeating the movement over and over, the sensation filling me with an overwhelming tenderness, a want to take care of this man lying next to me, inside and out, all his secrets, all his pain.
Letting my fingers drop lower, I circle his palm, and he captures my hand in his for a moment, but he lets go soon enough as if he doesn’t want me to stop the movement.
I wonder what turns him on, if it could ever be me.
On the little bedside table, squashed between the wall and the bed, the photograph album lies closed. I contemplate asking him if I can have another look, but I don’t want to move. How we ended up lying on his bed like this, I don’t really know, but I’m not complaining.
Buy Links
Dreamspinner Press
All Romance Ebooks
Amazon.com
Amazon.co.uk