Cover and blurb reveal for Passing Through

Hey folks,
Here’s the low down on my next release – scheduled for release on Friday 20th of February.
This is another self published title. I will be taking pre-orders through Amazon, All Romance eBooks and Smashwords about a week before release, so watch this space or my social media feeds for more announcments. In the meantime you can bookmark it on Goodreads. 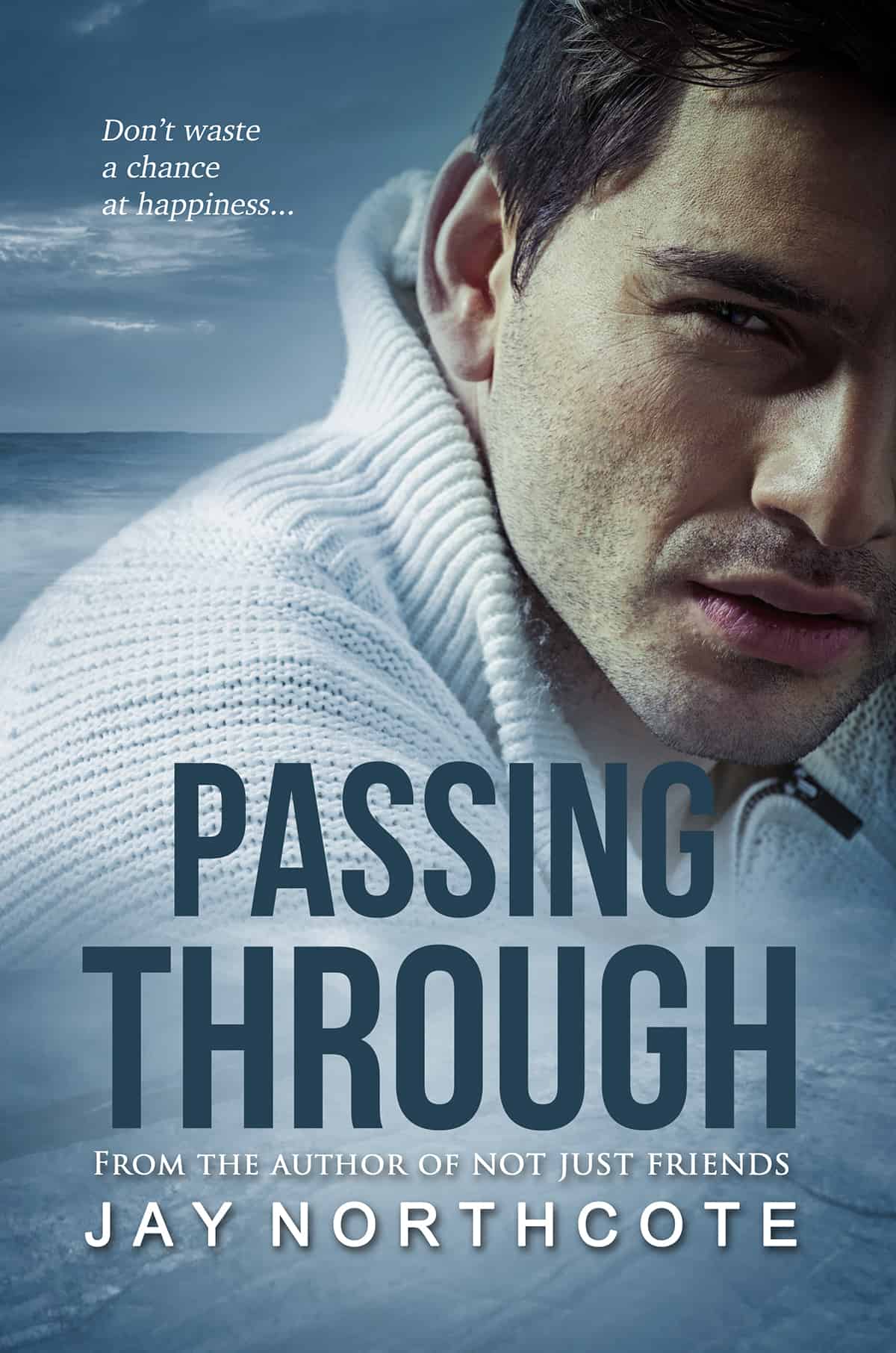 Don’t waste a chance at happiness…
Leo is a lonely workaholic with no time for romance in his life. His job in London takes all his energy and commitment. When he goes to Cornwall to stay with his terminally ill uncle, Edwin, love is the last thing Leo expects to find.
Tris lives in a cottage on Edwin’s land. Gay, but still half in the closet, he and Leo bond over their affection for Edwin, and the pull of attraction between them proves too strong to ignore. In Tris’s arms, in the wilds of Cornwall, Leo finds a peace he’d forgotten existed.
On his return to London, Leo finds himself grieving for more than just the loss of his uncle. When some unexpected news gives Leo the chance to return to Cornwall, he’s afraid it will be too late to rekindle things with Tris. But having learned much from his stay with his uncle, Leo doesn’t want to look back and wish he’d done things differently.
It’s time to seize the day—if it’s not already too late.
Excerpt:
On the beach they crunched along the shingle to the edge of the rocks, then turned to look out over the sea. It was almost completely dark now, and the moon was rising, casting streaks of bright silver on the oil-black water.
They stood in silence, watching and listening to the crash of the waves. Leo’s heart felt suddenly too large for his chest. He was overwhelmed by the beauty of the place, a place that had barely changed since his childhood. The sea came and went with the tides, the sands shifted, but the rocks were constant. Yet here Leo was, an adult now rather than a boy, and his uncle reduced to an echo of the man Leo remembered—physically, at least. Unexpected tears prickled the backs of Leo’s eyes as a rush of emotion so strong that it made him draw in a sharp breath assaulted him. He swallowed hard, forcing the feelings back down.
Out of his peripheral vision, he saw Tris turn towards him, but Leo carried on gazing out at the gentle, rolling movement of the sea. Tris shifted his feet in the sand, bringing him closer. The warm skin of his arm brushed Leo’s, and Leo ached for more contact. He needed human warmth and touch to chase away the cold emptiness in his heart.