Hi, all! I’m so happy to be here today! Jay and I had both had book releases this month, so we decided it might be cool to interview each other. I hope you enjoy reading my answers, and be sure to check out the bottom of the post for the Rafflecopter giveaway and information about my book, “Hook, Line, & Sinker,” which just came out from Dreamspinner Press on the 19th 🙂
And now, without further ado…
What do you love about fanfic? How did you come across it?
Gosh, I can’t remember how exactly I came across fanfic. I know it was about fourteen years ago when I got really into anime. I believe I accidentally stumbled across Fanfiction.net one day and everything snowballed from there.
One thing I love about fanfic is that for us slash (m/m) fans, we often got to see couples together that would have never happened in canon. As a writer of fanfic, I loved being able to take characters and worlds that were already established and that I already loved in new and different directions. Don’t like the way the anime ended? No problem! Someone wrote a fanfic with an alternate ending and you can imagine that was what really happened instead. Want two characters to fall in love? No sweat! Here are a dozen fics detailing their epic romance. Fanfic is fun, and while I know some people have issues with it, I’ve always considered fanfic a tribute to the source material. Personally, I’d be thrilled and flattered if anyone ever wrote fanfic for my stories. I’d feel like I’d “made it.” 🙂
What character from one of your books would you like to have come alive and be real?
I get this question often and the answer is always the same: Nick Ventura from the “Lucky Moon” series. He was so much fun to write, and I think he’d be hilarious and entertaining in person. I’d love to get to meet him. Second to him, I’d probably say Dusty from the “One Thing” series.
Which book of any genre would you love to have written?
I would’ve loved to have written the Harry Potter series. It’s one of my favorite book series of all time. It was original, interesting, engaging, and emotionally moving, and I think that series is a big part of why YA and pre-teen books sort of exploded over the last fifteen years or so. I remember when I was in high school the YA sections at my stores were tiny. There were some tried and true faves: RL Stine, Christopher Pike, Judy Blume, LJ Smith, but the options were fairly limited. Now you walk into a bookstore and there are rows upon rows of YA books available. I think that’s pretty awesome.
What is the most difficult thing about writing for you? The easiest?
The hardest by far is dealing with writer’s block. Breaking it sometimes takes me weeks if not months, and I’m usually pretty miserable during that time because writing, creating, makes me happy. Without that outlet, I tend to get more and more stressed—which in turn leads to me having even more difficulty writing. It’s a vicious cycle.
The easiest thing is coming up with ideas. You should see my folder! There are loads of half-formed ideas in there, blurbs, notes, character bios. I come up with new stuff all the time.
Do you prefer writing stand-alone books or a series?
Series, or rather spin-offs, which is probably why I have so many of them. As a reader I often fall in love with secondary characters and wish for their stories. It happens to me as a writer too. I’ll create a character who really just grabs me and I know he’ll need his own book in time. Plus, I love revisiting the characters from the earlier books. It’s always fun to see them living out their HEA in the background while your current characters are struggling to get to their own happy ending.
What’s your favorite cover of your books?
The cover for my fantasy novelette, “Love Rising,” which was drawn for me by Anne Cain. I know in general readers aren’t overly fond of the drawn covers most of the time, but I think it’s just gorgeous. Anne’s artwork is amazing, but on top of that, it perfectly fits the tone of the story and my vision of the characters. To me, it’s perfect. I couldn’t have asked for a better one.
~*~
Thanks for having me, Jay! I had a lot of fun answering the questions!
“Hook, Line, & Sinker” released from Dreamspinner Press on November 19th. It can stand entirely alone, but it’s a spin-off featuring a secondary character from “Wood, Screws, & Nails,” which came out back in April, so if you read the book, you might be interested in this one. 🙂 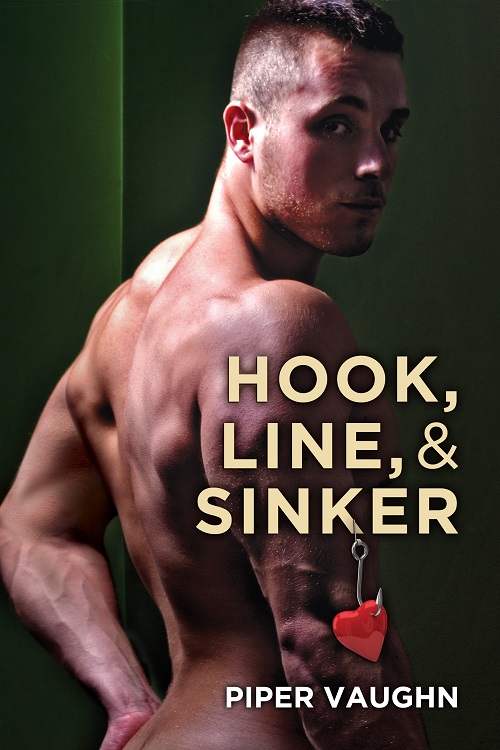 When they were teens, Castor McCormick was the bane of Blake Kowalski’s existence. Their mutual animosity led to summers filled with rivalry. Now, nearly two decades later, Cas is moving back into the neighborhood to live in his grandmother’s old house. Blake tells himself he isn’t interested in seeing how snarky little Cas grew up, but when his mother dupes him into visiting his former nemesis, he finds out “pretty” can evolve into “sexy as hell” on the right man.
Cas didn’t think he wanted to see Blake again. No one has ever pushed his buttons like the arrogant boy he remembers from their youth. Turns out, the adult version of Blake still gets him hot under the collar—and everywhere else. With Blake on leave from work to nurse an injured leg and Cas taking time to move and unpack, they form a tentative friendship that turns into a sexual affair neither man can deny. But when Cas’s job sends him out of state to deal with a difficult client, their new relationship will be tested, and if they fail, Blake’s broken leg might not be the only thing to end up scarred.
Buy links:
Dreamspinner
Amazon
~*~
Piper Vaughn wrote her first love story at eleven and never looked back. Since then, she’s known that writing in some form was exactly what she wanted to do. A reader at the core, Piper loves nothing more than getting lost in a great book—fantasy, young adult, romance, she loves them all (and has a two thousand book library to prove it!). She grew up in Chicago, in an ethnically diverse neighborhood, and loves to put faces and characters of every ethnicity in her stories, so her fictional worlds are as colorful as the real one. Above all, she believes that everyone needs a little true love in their life…even if it’s only in a book.
Visit Piper at:
Website
Facebook
Twitter
Ello
Google+
You can catch the rest of her blog tour here: 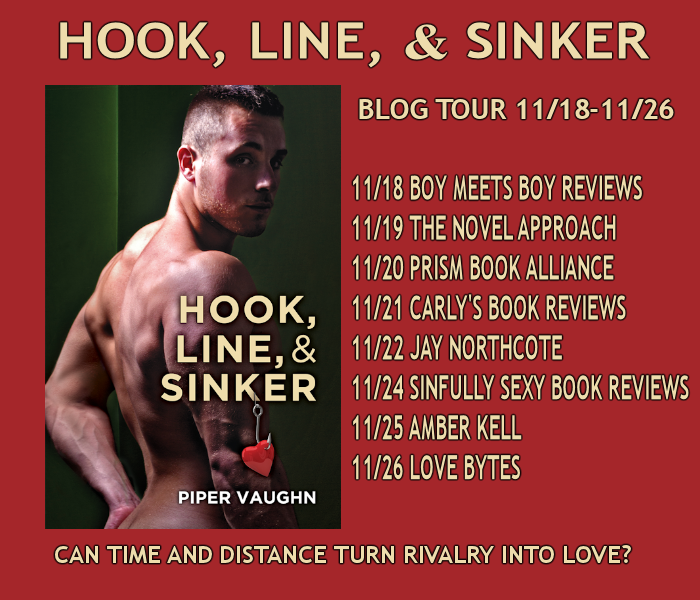