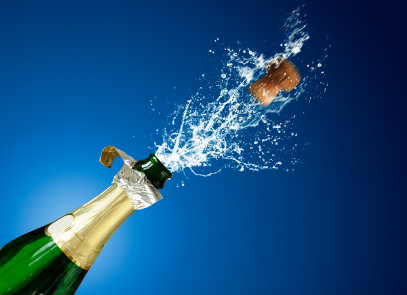 Last November I took part in Nanowrimo in order to draft my first long piece of original fiction. I’d done some planning, I let the characters stew in my head for a while and by late October I was raring to go!
Being me, I didn’t quite have the patience to wait for November, so I started a few days early–but I only counted my November words towards my Nano goal, I swear 😉  I wrote like a demon for four weeks straight and on Sat 24th of November 2013 I wrote the epilogue for The Little Things.
I was actually away on a girls–I use that term loosely–weekend at Centre Parcs at the time (non UK readers, that’s a holiday village with villas and pools and a spa). I’d hoped to finish the novel before I went but hadn’t managed it. So, I made my excuses, shut myself away for two hours on the Saturday morning to write and then spent the rest of the weekend celebrating!

I love it when stories come full circle. I always try to end my books with a scene or situation that reflects how the story began or how the characters met. So I think it’s perfect that The Little Things is being released today, almost exactly a year to the day that I completed it. And just to make things even neater–at the time of posting this, I’m packed (almost) and ready to leave and will be celebrating my release at Centre Parcs with the same friends who celebrated the finished manuscript with me last year. Hurrah!

There are lots of things that brighten Joel’s life. His three-year-old daughter Evie is one. His close relationship with her mother, his best friend from university, is another. Joel’s boyfriend, Dan, adds spice to his child-free nights, and Joel is pretty happy with how things are.
Then one cold and rainy night, everything changes. Joel’s life is turned upside-down when he becomes a full-time dad to Evie, and his previously carefree relationship with Dan cracks under the strain.
Meeting Liam, who acts as if getting hurt isn’t a foregone conclusion, shakes Joel to the core. Their attraction is mutual, and Liam makes no secret of how serious he is about Joel. But Joel is wary. He tells himself he’s keeping Liam at a distance for Evie’s sake, when really he’s protecting his own heart. Taking a chance on this new relationship with Liam may seem a small step—a little thing—but is it one Joel can take after losing so much already?

The Little Things is available at Dreamspinner Press
I’ll post the Amazon links later once they become available. Now it’s time to go and finish that packing.