In the past, I had a tendency to take writing too seriously or at least write very serious stories. I’d read books with comedic moments or even crack!fic and I’d look at those authors with such great admiration. How can they do that? My humor has always been difficult to get across with the written word because of my sarcasm. In social media, I’ve even gone so far as to use the <sarcasm> tag. But every time I tried to be funny in a story, I sounded stupid or mean.
Until I started writing about kids. *happy sigh*
I know kids because that’s what I studied for a bajillion years: children and families. One of the most important parts of my paid job is helping parents form realistic expectations for their kids based on child development. The range of typical behaviors is influenced by birth order, temperament, discipline methods, culture, home environment, and much more. Because I’m immersed in the world of children daily as well as being a mom, writing kids with humor came much easier for me.
Never in my life did I think I’d find a way to blend my professional work life with writing M/M Romance, and find a way to write humor into my stories. My sarcasm is still slipped in there, but coming out a child’s mouth, it is much more innocent. Kid’s are great comedic relief in real life, and I truly needed some levity in my North Star Trilogy. 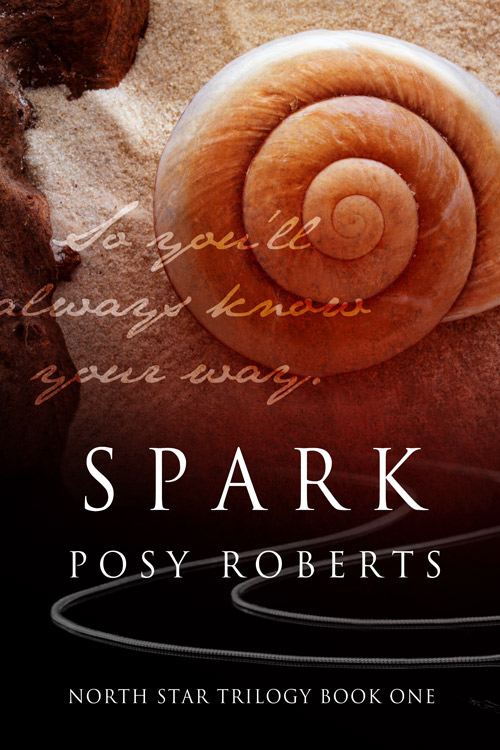 In Spark (book 1), I write about Kevin Magnus, father to Brooke and Finn. Prior to asking his wife, Erin for a divorce, Kevin wasn’t a great father, but now that he’s a single dad, he has stepped up his game. When he meets his high school boyfriend, Hugo Thorson again years later, they decide to try to start a life together.
It’s through Hugo’s eyes we initially see the kids’ humor, especially from five year old Finn. Eleven year old Brooke is more reserved and not nearly as silly as Finn, but she has her comedic moments slip past her tween fortification. Hugo never had plans to be any sort of father figure until he and Kevin fell in love again. Book 2, Fusion begins with these men trying to navigate being lovers with Kevin’s children around, but before they figure that out, Erin delivers some life altering news. 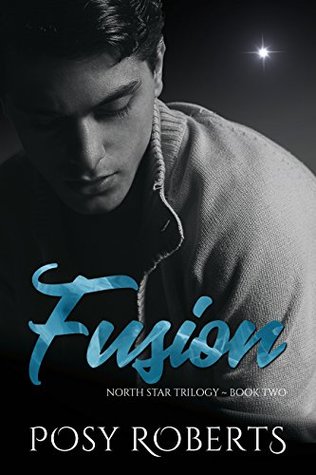 Fusion is filled will some really tough scenes. It’s one of those books that has the potential to be a tearjerker. There were even a few scenes I initially wrote in flashback because the emotions were too raw to write any closer. I eventually went back and reworked them, but it was not an easy process.
Fusion needed comedic relief, more than any other book I’ve written. This was the story that was the inspiration for North Star, and I’m thrilled I found a way to bring in some lighthearted moments.
Here’s a little example of Finn’s humor from Fusion. In Spark we learned that Hugo is a horrible fish owner. They die within days of him bringing them home. And now Hugo has a dog that he’s introducing to Brooke and Finn.

It was quiet when they walked in the side door that was connected to the garage. Hugo slipped off his shoes and followed Kevin into the house, and when they rounded the corner of the living room, Brooke looked up from the couch with happy eyes.
“Hugo!” She ran to him and threw her arms around him as he tried to adjust Lulu in an arm so he could return her hug. Finn was at his side the second Brooke released him and was practically climbing up his leg. He felt Kevin’s big hands scoop Lulu up so she was safe.
“It’s so good to see you guys,” Hugo said, and he knew there were tears in his eyes. He got down on his knees and gave them both kisses on the cheek, breathing them in and feeling fully settled. “I brought someone for you to meet.”
Brooke’s face suddenly looked worried. “She’s very small,” he said, and he saw Brooke relax some.
Kevin knelt beside him, and Hugo stroked Lulu’s dark head.
“This is Lulu. She’s my new puppy. Your dad bought her for my birthday.”
Brooke immediately started petting and talking to the dog, but Finn pulled a funny face.
“What is it, Pickle?” Hugo asked.
“Well, you mean he gave you a dog after you killed all those fish?” Finn’s voice was full of confusion, and as soon as Hugo recalled the conversation they’d had during the summer about how he was a horrible fish owner, he chuckled at Finn’s reaction. Hugo ruffled Finn’s hair.
“I’m not good with fish, but so far I’ve kept this little one safe and happy for a week. How’s that?”
Finn laughed and covered his mouth as if to keep himself from saying something, but then blurted out, “Is that the longest you’ve kept a pet alive?”
“Uff! Why are you giving me such a hard time?”
“’Cause I missed you,” Finn said as he smiled shyly and gave Hugo another hug, much longer this time. Then he finally allowed himself time to play with the dog.

How do you tell your friends and family you’ve fallen in love with a man when they’ve only ever known you as straight? How do you explain to your kids that you loved their mother very much, but your new partner is your best friend from high school?
Kevin Magnus must figure it out while trying to build a relationship with Hugo Thorson, whose bigger than life, out-and-proud drag queen persona is simply too big to be contained in a closet—even for the time it takes Kevin to come up with an explanation for his kids and Erin, his soon-to-be ex-wife.
But Erin faces an even bigger obstacle—one that shakes the entire family to the core. When she unexpectedly turns to Hugo, they form a connection that forces Hugo to grow up and offers Kevin the chance to become the kind of father he wants to be. Despite the coming complications, they’ll all benefit from a fortunate side effect: it becomes clear that Hugo is very much a part of this unconventional family. 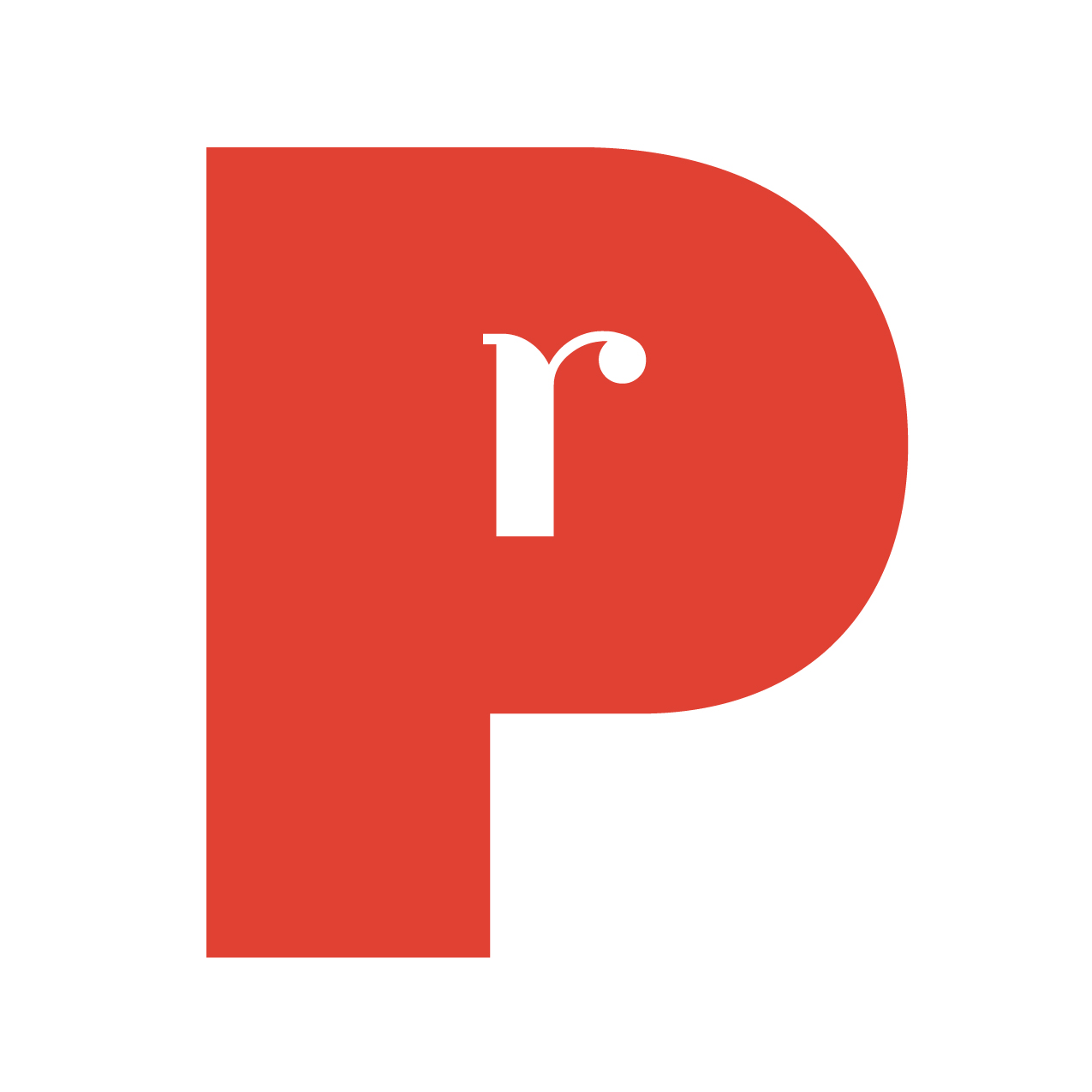