The lovely Garrett Leigh is dropping by again today to talk about her new release, and I’m over on her blog if you’d like to see my answers to the same questions.
How/when did you start writing fiction?
When I was a little girl, though in those days, my dad called it fibbing. I’ve always had an overactive imagination though. Reading my exercise books from primary school, I have to wonder why I don’t feel more cultured by the things I claimed to have experienced!
Where do you get inspiration for your writing?
Everywhere. A cop out I know, but it’s true. I was looking at my dog the other day, and she was doing something really cute (I can’t recall what…) I remember wondering if there was a way to write it into a story.
That’s the little details, though. The ones that make books personal and give depth. The big shit…the dramatic plot arcs that truly shape a story…they tend to come from real life, be in mine or some poor dude I’ve read about.
I always find it’s easier to write a story based on the truth. In the contemporary genre, inventing a whole universe is exhausting, and often by the end of it, not very believable.
Tea or coffee?
Rooibos tea. I love coffee, but, alas, I can’t drink it anymore. Even decaf messes with my cardio system.
How do you choose the settings for your stories?
In the beginning, I chose big cities that were easy to research. Chicago, Portland, Los Angeles and the like. Being in the UK, my knowledge was limited, so I chose places that not only ‘felt’ right, but also that I could research well enough to be authentic.
Recently, though, I’ve started looking a little closer to home. I just finished writing a novel based in London, and I loved writing it. Without having to stop every ten minutes to check my facts, the writing process was a breeze. I wrote a 60k novel in a month.
Chocolate or cheese?
Cheese. I do love my chocolate, but cheese has much more scope for gluttony.
Tell me about your upcoming release.
Bullet is the first novella in my Blue Boy series. The series is based on my attempt to explore porn stars and the effect their occupation has on their personal lives, hence the tag line, Beyond Porn.
Bullet told from the perspective of Levi, a veteran porn star who, when faced with a situation he thinks he can’t handle finds comfort from an unlikely source.
I started writing the book with the intention of a quick, dirty read, but it became something else…
Levi Ramone entered the gay porn market for one reason, and one reason only–he needed the cash to pay his momma’s spiraling gambling debts.
Seven years later, he’s a veteran with a reputation as one of Blue Boy Studio’s most ruthless tops, and when his boss suggests it’s time for a change, he finds himself staring down the barrel of a gun.

Enter Sonny Valentine, a go-go dancer at Blue’s sister club, Silver’s. Levi has secretly admired Sonny from afar for years, but there’s one problem–he can’t stand Sonny and the feeling is entirely mutual. When Levi learns Sonny is to play the third part in a scene he considers his worst nightmare, he figures things can’t get any worse.

But when preparations for the scene from hell collide with tragic events in his personal life, he finds his fast growing, red hot attraction to Sonny the one thing left between him and a bullet.
Buy Link: http://www.loose-id.com/newest/coming-soon/bullet.html 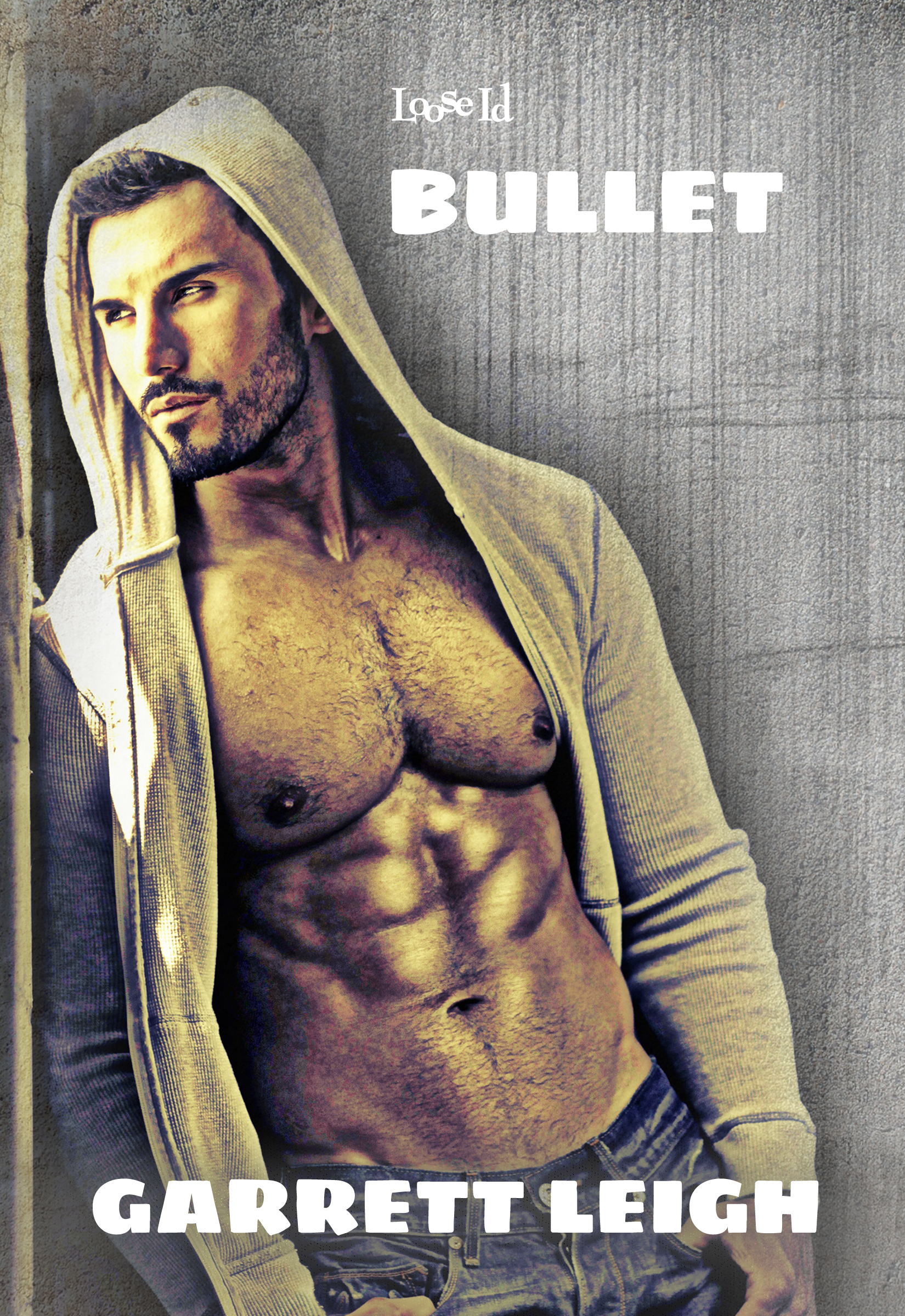 Garrett Leigh lives in a small commuter town just north of London with her husband, two kids, a dog with half a brain, and a cat with a chip on her shoulder. She’s twenty-nine, and now she’s reached that milestone, she intends to stay there for the foreseeable future. Garrett has been writing just about her whole life, but it’s been about three years since she decided to take it seriously. According to Mr. Garrett, it was either give the men in her head a voice or have herself committed.
Angst. She can’t write a word without it. She’s tried, she really has, but her protagonists will always always be tortured, crippled, broken, and deeply flawed. Throw in a tale of enduring true love, some stubbly facial hair, and a bunch of tattoos, and you’ve got yourself a Garrett special.
When not writing, Garrett can generally be found procrastinating on Twitter, cooking up a storm, or sitting on her behind doing as little as possible. That, and dreaming up new ways to torture her characters. Garrett believes in happy endings; she just likes to make her boys work for it.
Garrett also works as a freelance cover artist for various publishing houses and independent authors under the pseudonym G.D. Leigh.
Website: http://garrettleigh.com
Twitter: https://www.twitter.com/Garrett_Leigh
Facebook: https://www.facebook.com/garrettleighbooks
Cover art enquiries: blackjazzdesign@gmail.com